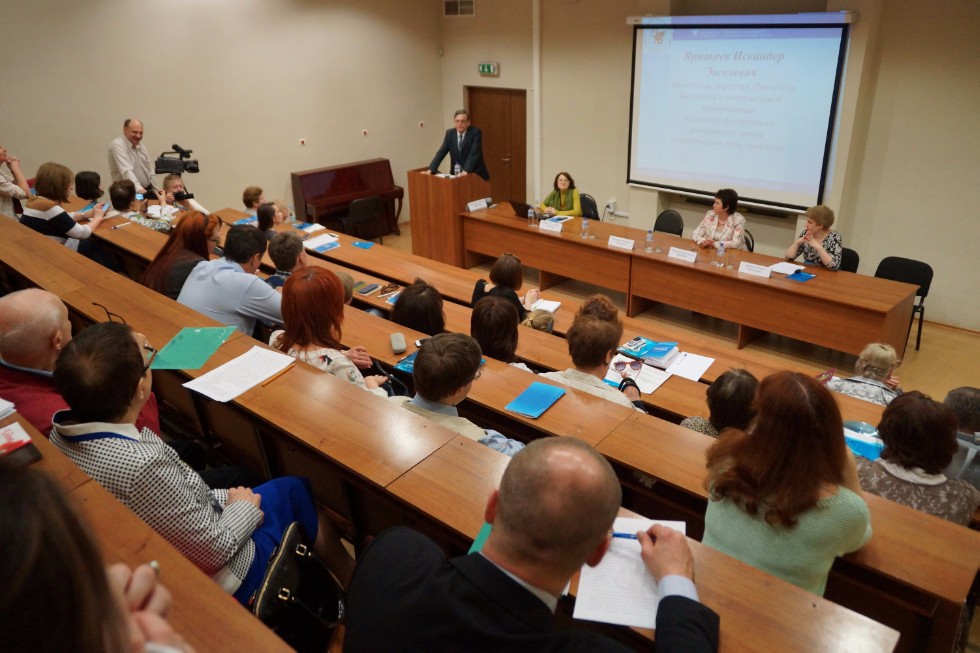 May 3, 2017, the opening ceremony of the VI International Conference "The National Myth in Literature and Culture: Colonial and Postcolonial Discourse" was held.

On behalf of Leo Tolstoy Institute of Philology and Intercultural Communication, Iskander Engelevich Yarmakeev, deputy director for scientific work, welcomed the guests and participants. In his speech, he emphasized the importance of the conference, the relevance of its problems, spoke about the development of science in the IPIC and KFU in general. Director of the Higher School of Russian and Foreign Philology, Rezeda Failevna Mukhametshina thanked the participants and organizers of the conference.

A great interest and lively discussion was aroused by the reports at the plenary session. Eleonora Fedorovna Shafranskaya, Doctor of Philology, Professor, Department of Russian Literature, Moscow City Pedagogical University, dwelled on the phases of the Russian colonial discourse, considered a number of topical issues that were discussed by the conference participants.

Professor Andrea Zink, Doctor of Philology, Deputy Director of the Institute of Slavic Studies of the University of Innsbruck, Austria, examined the deconstruction of the national discourse in N. Leskov's stories by the example of the reproduction of the image of the other (English and Germans).

Of great interest was the report of Sergei Petrovich Tolkachev, Doctor of Philology, Professor of the Department of Literary Excellence of A.M. Gorky Literary Institute, who considered the problems of bilingualism as a reflection of the multicultural paradigm in contemporary English literature.

Tatyana Nikolaevna Breeva, Doctor of Philology, Professor of the Department of Russian and Foreign Literature of IPIC KFU continued with the final speech of the meeting, touching upon the main trends of the development of postcolonial discourse in Russian literature at the turn of the 20th and 21st centuries.