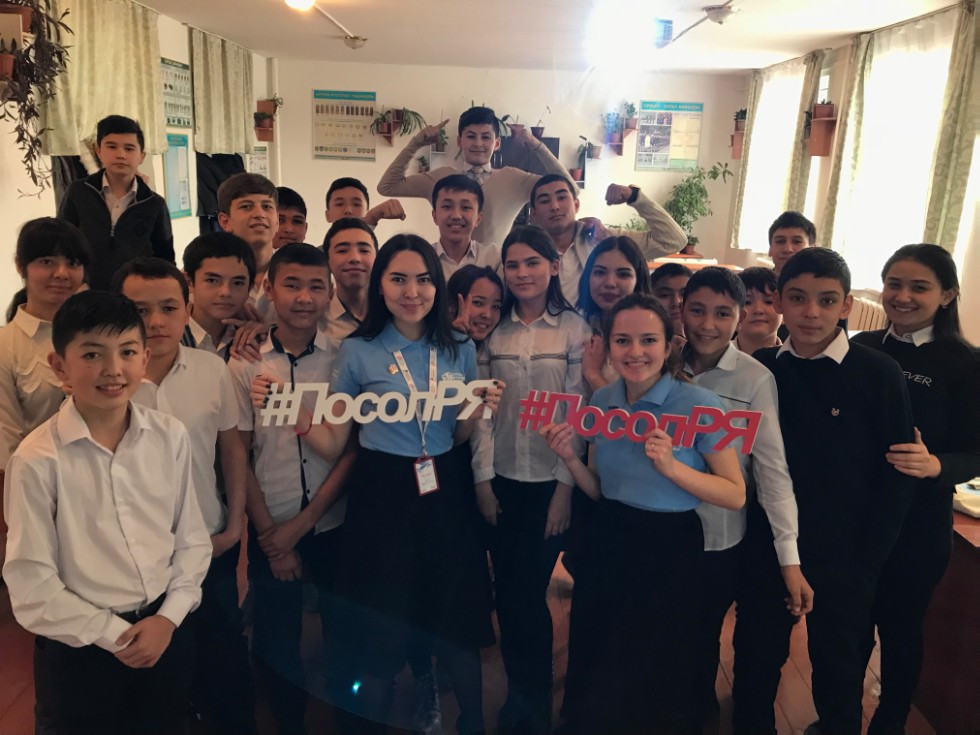 From the very first day, the ambassadors were actively involved in the work and began to conduct lessons using modern multimedia technologies and modern methods of teaching Russian.

On December, 10 after an opening ceremony with a concert, the first lessons were held and pleasantly surprised the school staff and schoolchildren. Kazakh schoolchildren pleasantly surprised the ambassadors with their education, erudition and knowledge of the Russian language. At the lessons, the schoolchildren were given general information about Russia, its largest cities, culture and the Russian language itself. The ambassadors got acquainted with pupils in a game form using handouts, information and communicative technologies. The host school noted the high professionalism of the ambassadors.

On the second day, the element of the Russian folklore – the fairy tale “Teremok” – was presented. Having acquainted with the script and having got the roles, the schoolchildren began to act right in the classroom, using game techniques and finger puppets. The very idea of the acting caused a strong reaction and attracted the attention of the class. The next lesson – the Russian poetry with the elements of rap – did not leave the pupils indifferent. The acquaintance with the Russian poetry through rap. Is it possible? The ambassadors of the Russian language in Kazakhstan convinced that it was not just possible, but also very exciting for both the ambassadors themselves and the schoolchildren! The guys, with the interest, tried to guess who wrote the line – a poet or a rapper? And sometimes the results were completely unobvious! After the introduction, the schoolchildren tried themselves as rappers, superimposing the poems of popular Russian poets on modern bits. The results of the lesson exceeded all expectations! At the end of the lessons, everyone felt like a real rapper and a cool musical performer, childishly showing off new talents to their friends. But who knows, maybe, one of them will become a popular rap artist in the future!