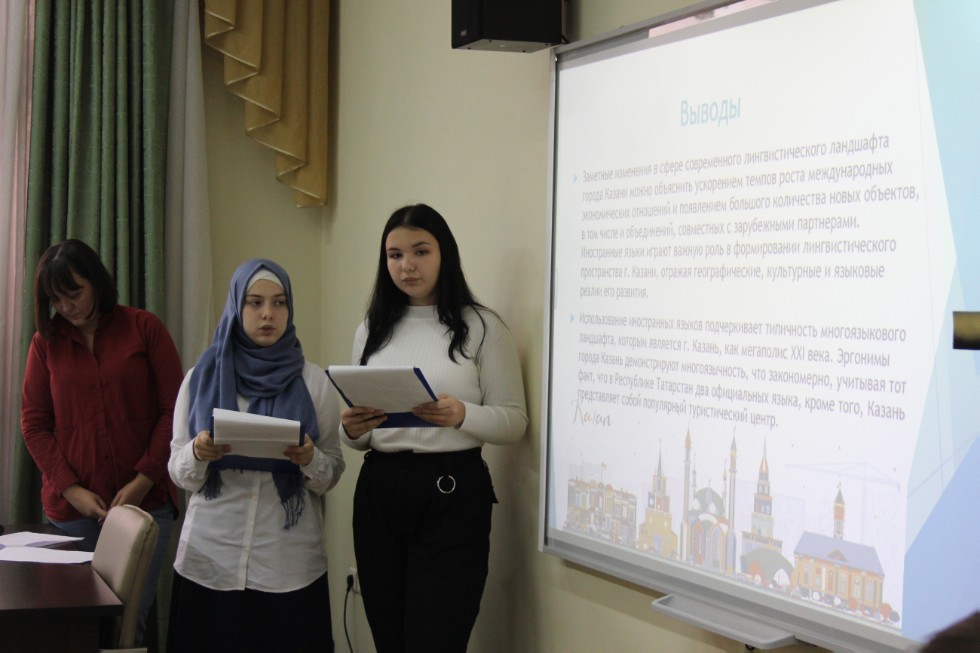 On October 31, 2019, in Leo Tolstoy Institute of Philology and Intercultural Communication, the workshops of Third All-Russian Scientific Conference-Competition of Pupils named after Leo Tolstoy began their work. The Department of Romance and Germanic Philology of the Higher School of Russian and Foreign Philology observed the workshop named "Language Use in Past and Present” within the proceedings of the conference. In the section "Topical issues of Romance and Germanic languages" 15 pupils from the 8th to 11th grades presented their works in the Russian, English, German and French languages.The subject matter of the reports was relevant and meaningful. It involved a wide range of linguistic topics. Actual problems of modern linguistics were discussed. The students made reports and presentations, paying special attention to comparative studies of phraseology,the actualization of phraseological units in the language of advertisements, modality in English proverbs and sayings, peculiarities of translation of sports discourse, Anglicism in the German language, etymological roots of proper names. The students managed to determine the relevance of research topics and describe the novelty of their topics as well as to present the theoretical and practical parts of their work in the allotted time. The discussion panels on the issue of the role of English in the linguistic landscape of Kazan included participants of the conference and teachers. The participants demonstrated a high level of knowledge of the topics. Lively interest was aroused by the report of two participants from Nizhnekamsk who dressed as Sherlock Holmes and Doctor Watson and used own visual material. The winners of the section were Zakirov Arsen, the 11th grade student, with the report on the topic "The study and analysis of the functioning of the means of negation based on Erich Maria Remarque’s novel «Die Nacht von Lissabon" and Nikolaev Nikita, the 11th grade student, with the report on the topic "Concepts of Intelligence, Memory and Conscience in the English and Tatar languages". The winners received diplomas of I, II and III degrees, all participants were awarded certificates.