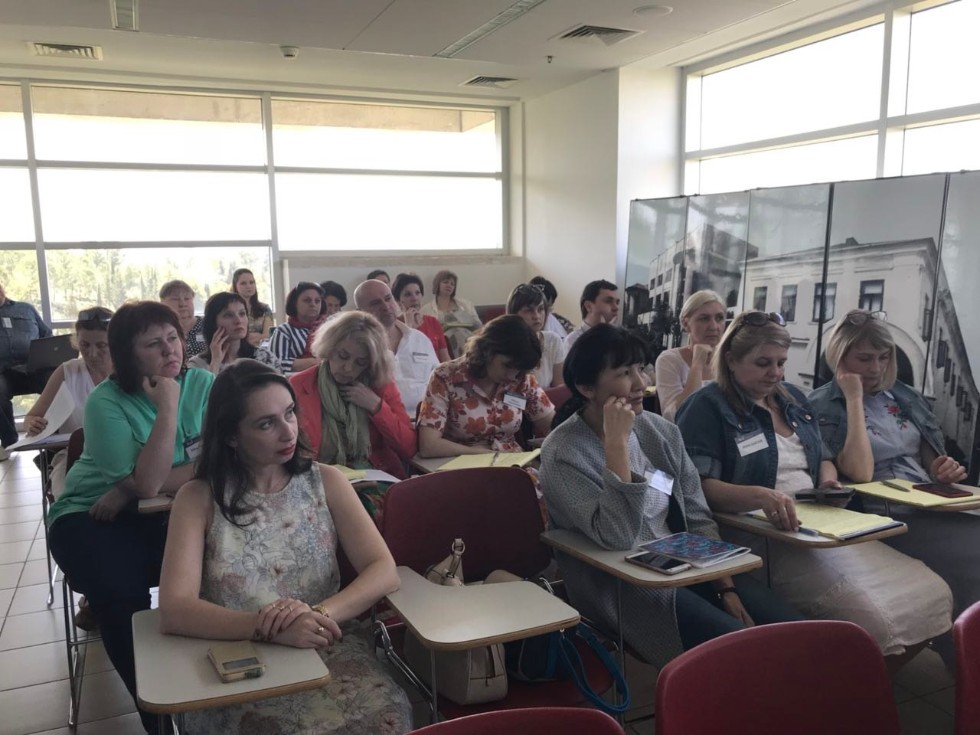 Dr. Olga Karasik, Associate Professor of the Department of Russian and World Literature, was one of the 22 educators form 20 Russian regions who took part in the internship seminar organized by the Russian Research and Educational Holocaust Center in collaboration with Yad Vashem – The World Holocaust Remembrance Center. Such seminars are organized for 25 years, they gather Russian schoolteachers and university professors. The aim of the seminar is studying the ways and methods of teaching the theme of the Holocaust on different levels – at schools and universities within History and Literary Studies courses. The participants are also supposed to share their experience.

The program of the internship included lectures and seminars on the history of the Holocaust and its perception and rethinking in art and literature. This topic is important especially for those who teach and study contemporary literature and art, as the theme of the Holocaust became one of the most important after 1945, which is proved by the wide range of books and films released. They include mass cinema and literature and such bestsellers as J. Boyne’s novel The Boy in the Striped Pyjamas and its screen version, M.. Zusak’s The Bok Thief, and many others). Contemporary Russian culture also shows the response to the need of rethinking and understanding the tragedy (the latest example is the film Sobibor released in May 2018).

The program of the seminar also included the profound study of the Yad Vashem Museum permanent and temporary expositions.

During one of the seminars, Dr. Olga Karasik presented a part of her research concerning the image of Anne Frank in mass culture.

The information, knowledge and methods received during the internship will be used in teaching the courses of contemporary literature, analyzing the certain works of fictions within literary courses, and in the students’ course works and graduation theses written under Dr. Karasik’s academic advising.

Keywords: The Scholar from Kazan University Took Part in the Internship Seminar in Jerusalem

įŅ“ŅŃ­Ó¶Ķ  Ķń ņÓ“Õ­ĶÓļÓ: The Scholar from Kazan University Took Part in the Internship Seminar in Jerusalem