The adventure of foreigners in China 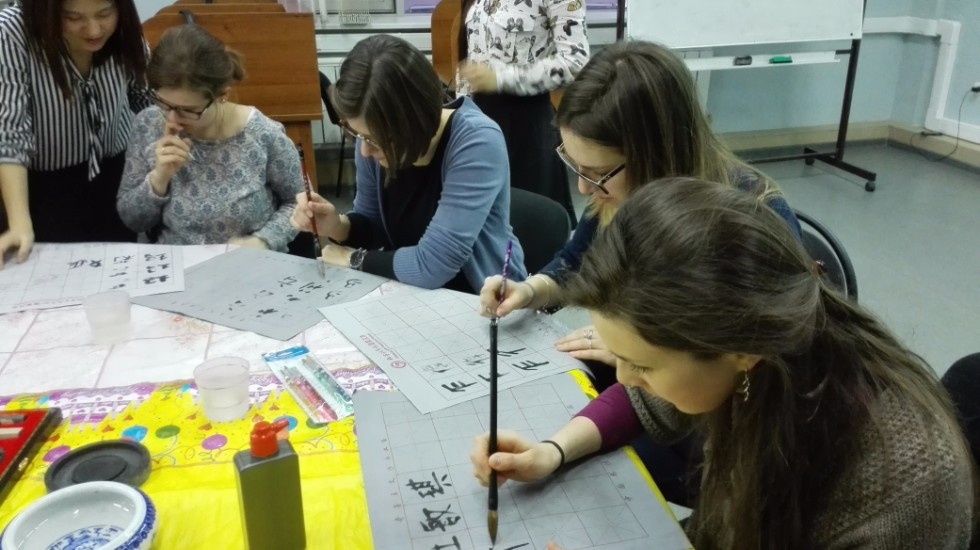 On February 20, 2017 the event under the title "The Adventure of Foreigners in China" was held by teachers and Chinese undergraduates of the Russian language as a foreign language department in the framework of celebrating “Mother Language Day”. The guests of the meeting were students of the Institute of Philology and Intercultural Communication and the Institute of Geology and Oil and Gas Technologies from Finland, Germany, Slovenia, France, the United States, Yemen, Iraq, Sudan, Colombia, Ecuador and Uzbekistan.

The first part of the event was devoted to theoretical acquaintance with some aspects of Chinese culture: undergraduates told about Chinese cuisine, about the peculiarities of Chinese tea and a tea ceremony and about Chinese martial arts. All the stories were accompanied by colorful presentations and extracts from films. After that, all attendees took part in master classes on Chinese calligraphy, the art of cutting out of paper, playing the traditional Chinese board game “ madyan” and using Chinese sticks.

According to the guests of the holiday, they learned a lot of new and interesting things about distant and mysterious China, acquired useful practical skills and found new friends.

Keywords: The adventure of foreigners in China