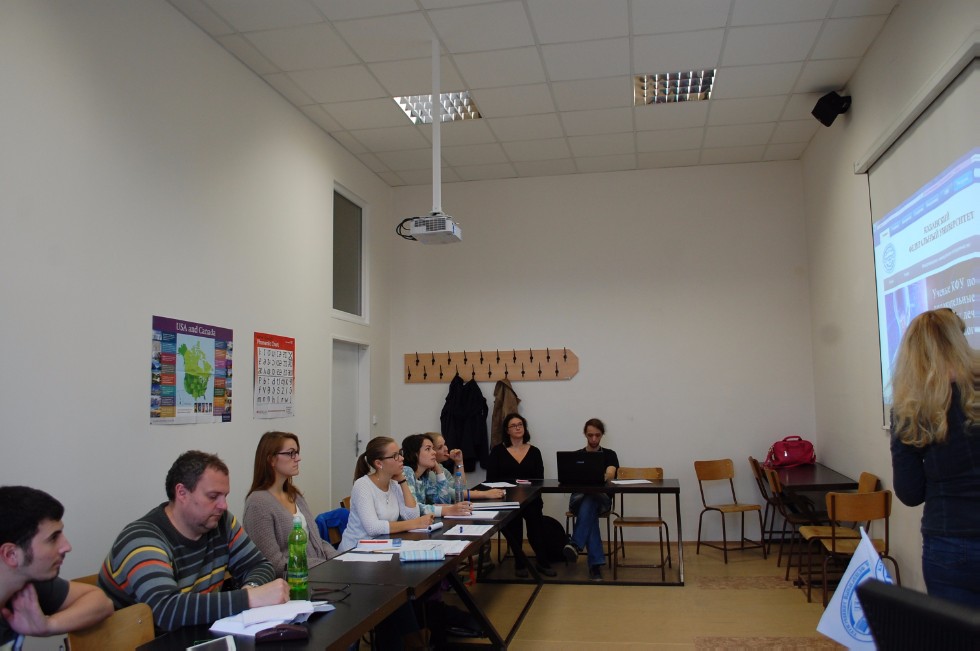 Centre for Russian Language and Culture in the Czech Republic (Brno, Czech Republic) could not function and develop, if there were not those amazing people who have helped us in our work since the first day, starting in April 2015. These people are Jarmila Yurashova, Doctor of Technical University in Brno, Libor Stepanek, Director of the Masaryk University Linguistic Centre, Monica Shevechkova, PhD, a teacher of Russian of the Linguistic Center, and Martin Glogar, the manager of international activities of the International Cooperation Department of Masaryk University.

On June 2, 2015, the first meeting with Dr. Jarmila Yurashova, the representative of Brno University of Technology, was held. This is an amazing, energetic and hardworking woman, who has a kind heart and loves the Russian language. Thanks to pani Jarmila the staff of the Centre discovered new “territories”. So, on November 11, 2015, we held an important meeting with Mr. Miroslav Doupovts, Vice-Rector for Education and Student Affairs of Brno Technical University. The sides discussed issues of further cooperation between the two universities, exchange of students. Moreover, on July 2015 an agreement on cooperation between the two universities was signed. They discussed the possibility of training students from Czech Technical University on such specialties as “Economy”, “IT”, “Design” in KFU. This meeting had a continuation. In October 2016 Pani Jarmila with her colleagues already visited the Engineering Institute of KFU, where a new bilateral agreement on cooperation was concluded. The future plans include the exchange of students between the two universities - Kazan Federal University and Brno Technical University, the creation of MA programmes with joint degree.

It is needless to say that pani Monica Shevechkova, Mr. Libor Stepanek, Director of the Masaryk University Linguistic Centre, and Mr. Martin Glogar helped a lot of in the work of the Centre. It is difficult to overestimate their assistance in the organization of academic work (seminars and extracurricular activities) and promotions. Together with Monica Shevechkova, PhD and the senior teacher of Russian of Linguistic Centre, we developed tests, assignments, questions to the topics for classes. Thanks to Monica Shevechkova all the texts and assignments were placed in the information system of Masaryk University in the specialty “Russian language for academic purposes”. We conducted active research work on the topic “The subjective organization of the process of teaching Russian as a foreign language in the Czech audience” (a co-written article).

We would like to express sincere gratitude to the aforementioned Czech colleagues for their help and to all those who helped in the organization of the events !!!

Source: Golikova Guzel, Candidate of Pedagogic Sciences, Associate Professor of KFU, head of educational and research laboratory “Centre for the Russian language and culture in the Czech Republic”.