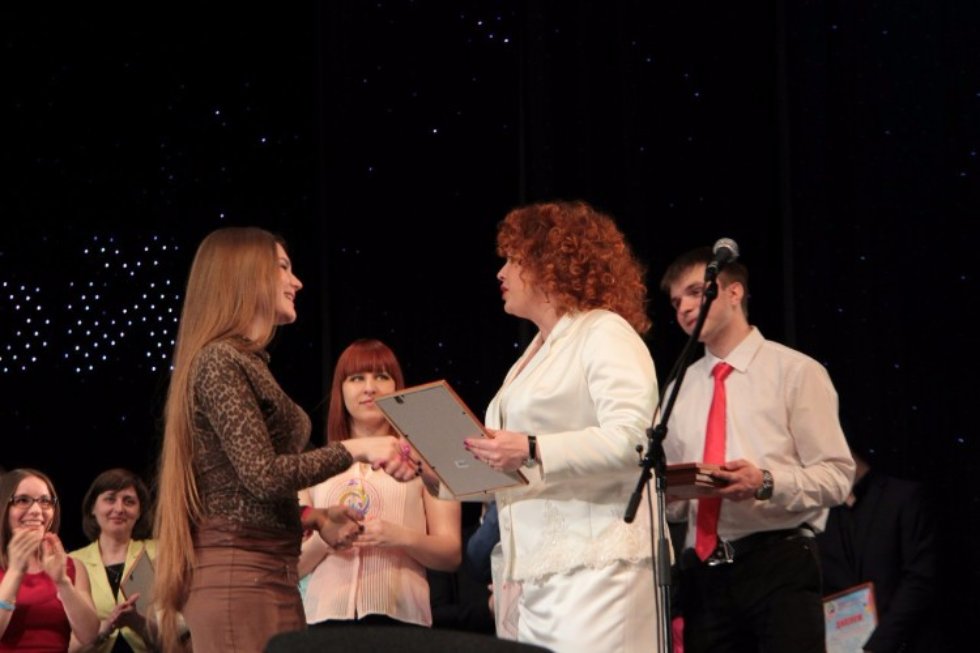 As we were approaching the 70-th anniversary of the Victory Day, from 14th to 17th of April Orenburg was hosting the XXVI Euroasian Festival of student creativity “Na Nikolaevskoy - 2015”. For many years this festival has been the most prominent cultural event that has united creative youth of Russia and CIS.

The Republic of Tatarstan and Kazan Federal University was presented by the folk music group of the Salikh Saidashev Higher School of Arts “Zarnitsa” (artistic directors - Ilmira Kamalova and Alexandra Samojlova).

The grand gala concert and awards ceremony rounded out the festival. “Zarnitsa” secured the first place in the “Folk Music” category.

Source of information: By Liliya Khatimova