Relay 'Adventures of Foreigners' in Russia 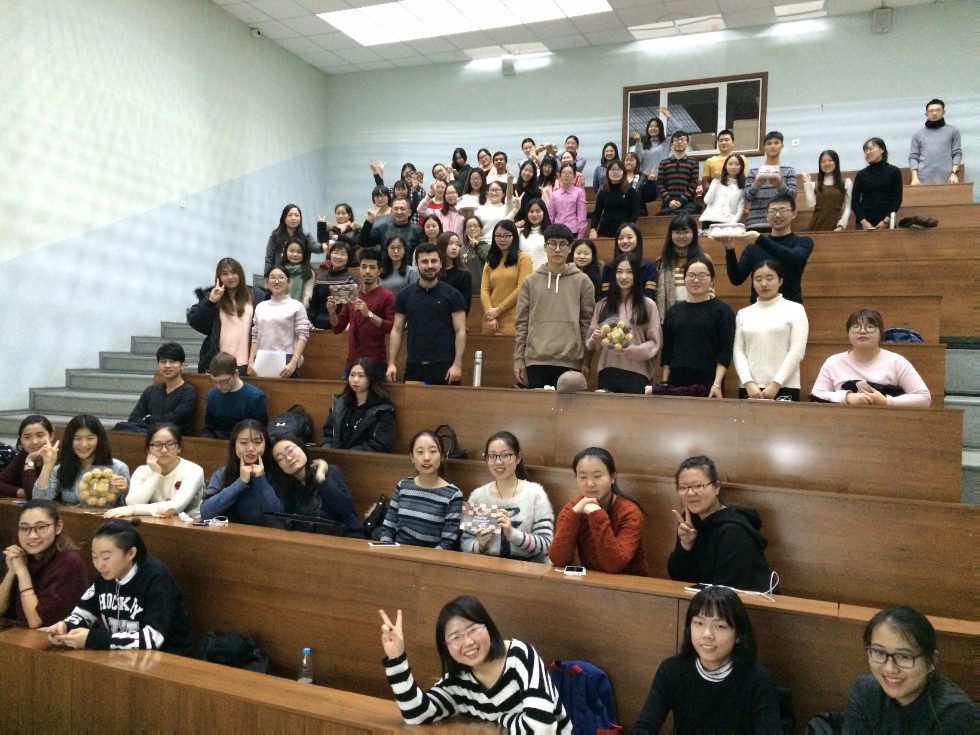 The team relay “Adventures of Foreigners in Russia” took place on December 20, 2016. The foreign students of KFU had been exploring the world of the Russian language for 2 hours. This event has become a regular occasion at the Institute of Philology and International Communication (Department of Russian as a Foreign Language) of KFU. This year the Russian language united about seventy students from China, Taiwan, the USA, Korea, Iraq, Turkey, Uzbekistan, Indonesia and many other countries. The traditional classrooms were conversed into the underground stations with funny (amusing) names by association with the Kazan or Moscow underground: “Literate enthusiasts highway”, “Pure words”, “Interrogative Sloboda”, “Vocabulary Sloboda” and “Mystery Avenue”. Ten student teams were passing station by station resolving competitive tasks in Russian to finally reach the award ceremony destination. The prizes, traditional Tatar sweet cookery, were distributed among the participants during a tea conversation. The incredible adventures of foreigners had come to an end but only in this year. We are looking forward to new adventures, meetings and discoveries in the coming years.