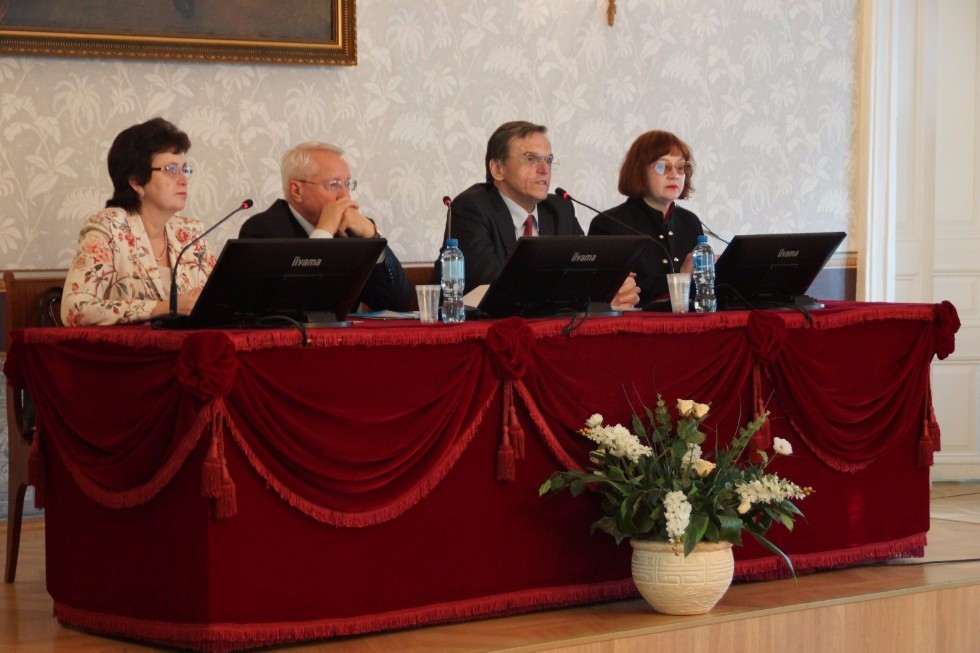 From 30 November to 5 December, 2016 Kazan Federal University held the 3rd L.N.Tolstoy Youth Academic Festival. The festival is organized in the framework of the Program for Student Organizations Development of the Ministry of Education and Science of the Russian Federation for 2016, as well as the State program "Preservation, study and development of the official languages of the Republic of Tatarstan and other languages in the Republic of Tatarstan for 2014-2020".

The Festival is aimed at spreading the ideas of the great writer and former student of the Kazan University in the world community, strengthening moral and spiritual foundations of modern society with the ideas and the authority of L.N. Tolstoy.

On 2 December the plenary session of the Festival was held in the Assembly Hall of KFU Museum. The chairman was I.E. Yarmakeev, Deputy Director for Research of Leo Tolstoy Institute of Philology and Intercultural Communication, Kazan Federal University. The meeting began with welcome speeches given by Prof. R.G. Minzaripov, First Vice-Rector of KFU, and Prof. R.F. Mukhametshina, Director of the Higher School of Russian and Foreign Philology. Professor of Department of Russian and Foreign Philology L.E. Bushkanets told about Leo Tolstoy's ties with Kazan University. One of the best Russian Tolstoy researchers Professor of St. Petersburg University I.N. Sukhikh presented the report "Leo Tolstoy as a modernist".

O.K. Gromova, writer and "KompasGid" publishing house editor, shared her thoughts on how to talk to children about history. Professor of the University of Pisa Cinzia Kadamaniani, the author of the Italian translation of the book by P. Basinsky "Escape from Paradise", made the presentation "The perception of Tolstoy’s death in Italian literature and translation problems”. The report by Professor of University of Udine (Italy) Roberto Di Giorgi, was devoted to the history of relations between L.N. Tolstoy and V.G. Chertkov.

All presentations aroused great interest among those present and were awarded with thunderous applause.