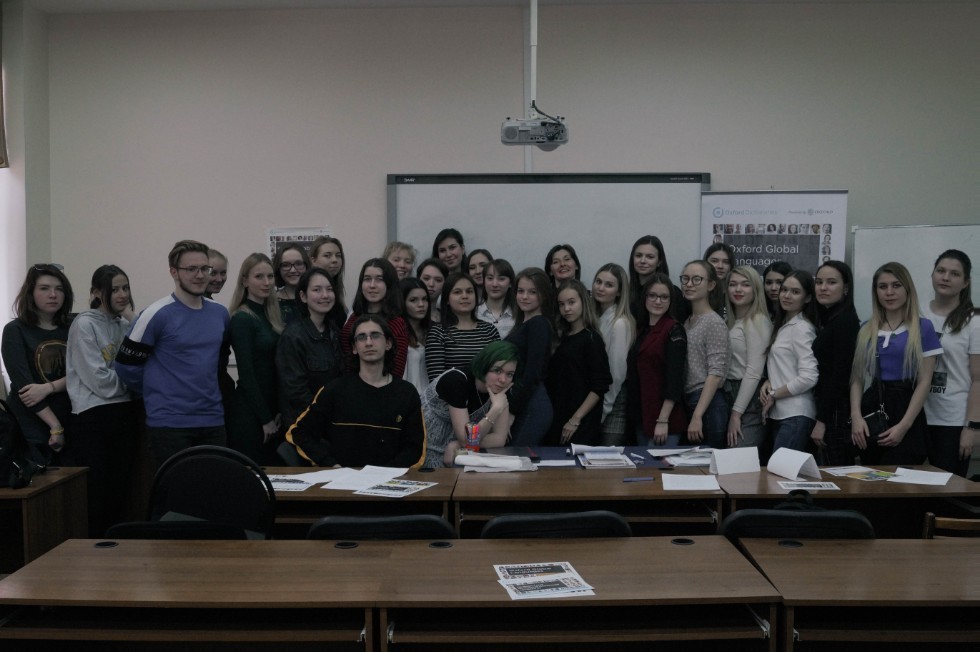 Over 40 first-year students of the Department of Romance and Germanic Philology (groups 802 and 803) took part in a quiz "Sights of London". They answered questions about historical and cultural heritage of the capital of the UK.

The second part of the quiz was devoted to the translation contest under the auspices of Oxford Global Languages program whose mission is to create free and accessible online content in the field of languages and cultures that have not been widely distributed in the Internet. The text for translation was one of the most famous poems about London, the sonnet Composed upon Westminster Bridge by William Wordsworth. The poet was inspired by the view of London and the River Thames from Westminster Bridge in the early morning. The students presented their versions of translation of the sonnet into the Russian and Tatar languages.

In the future, it is planned to hold such events on a regular basis.

Thank you, our dear freshmen, for your activity and interest! We believe in you.

P.S. We are very grateful for Olesya Protchenko (group 10.1 – 802) for taking photos of the event and assisting in the design of the presentation.

Source of information: Associate Professors of the Department of Romance and Germanic Philology A. R. Kayumova and G. R. Safiullina

Ôîňîăđŕôč˙ čç ěŕňĺđčŕëŕ: Over 40 first-year students of the Department of Romance and Germanic Philology (groups 802 and 803) took part in a quiz "Sights of London"