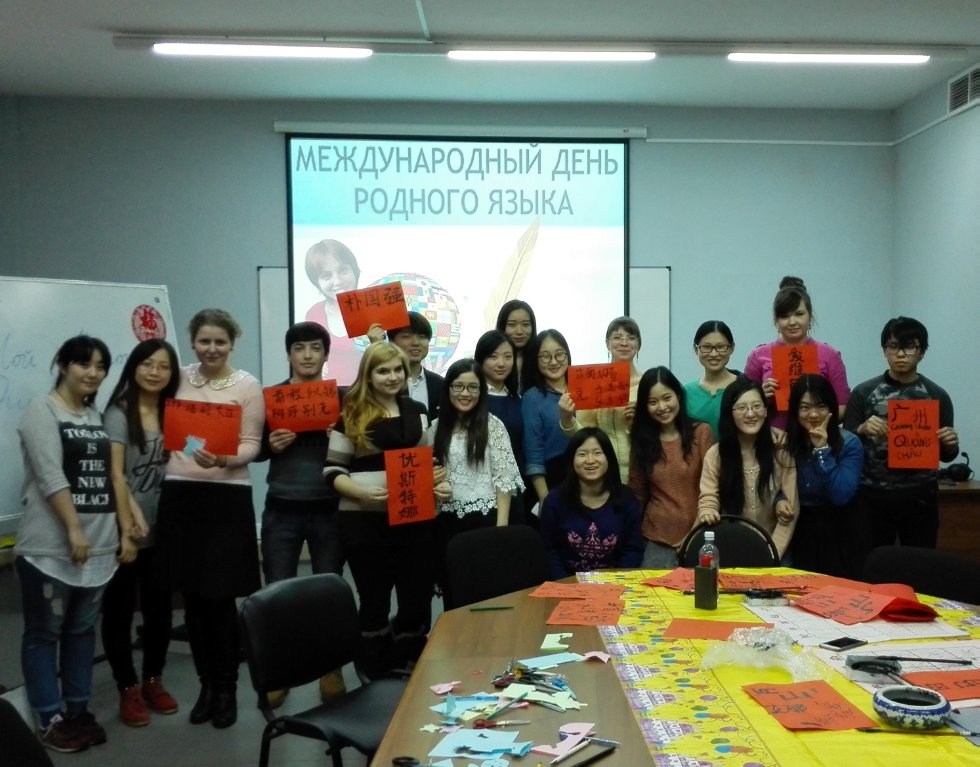 International mother language day, first announced by the General conference of UNESCO on 17 November 1999, has been annually observed on 21 February since 2000 to promote linguistic and cultural diversity and multilingualism.

Within International mother language day celebration, the Department of the Russian language as a Foreign Language of the Institute of Philology and Intercultural Communication KFU on 26 February held the event "My China", prepared by Master's Degree Students from China of the second year of education. The objective of the event was to ensure a deeper knowledge of the language and cultural traditions of China, and strengthen solidarity based on understanding, tolerance and dialogue.

Among the guests of the event were students from Russia, Vietnam, Tajikistan and Europe. The first part of the event was dedicated to a theoretical acquaintance with China; the guests had a chance not only to listen to the reports on various aspects of the Chinese culture, but also to see films and presentations. Then the master’s students held different master classes, where everyone could practice calligraphy, paper cutting, using chopsticks, and learn to play the traditional Chinese game midyan (Mahjong).

Source of information: the Department of the Russian language as a Foreign Language of the Institute of Philology and Inter