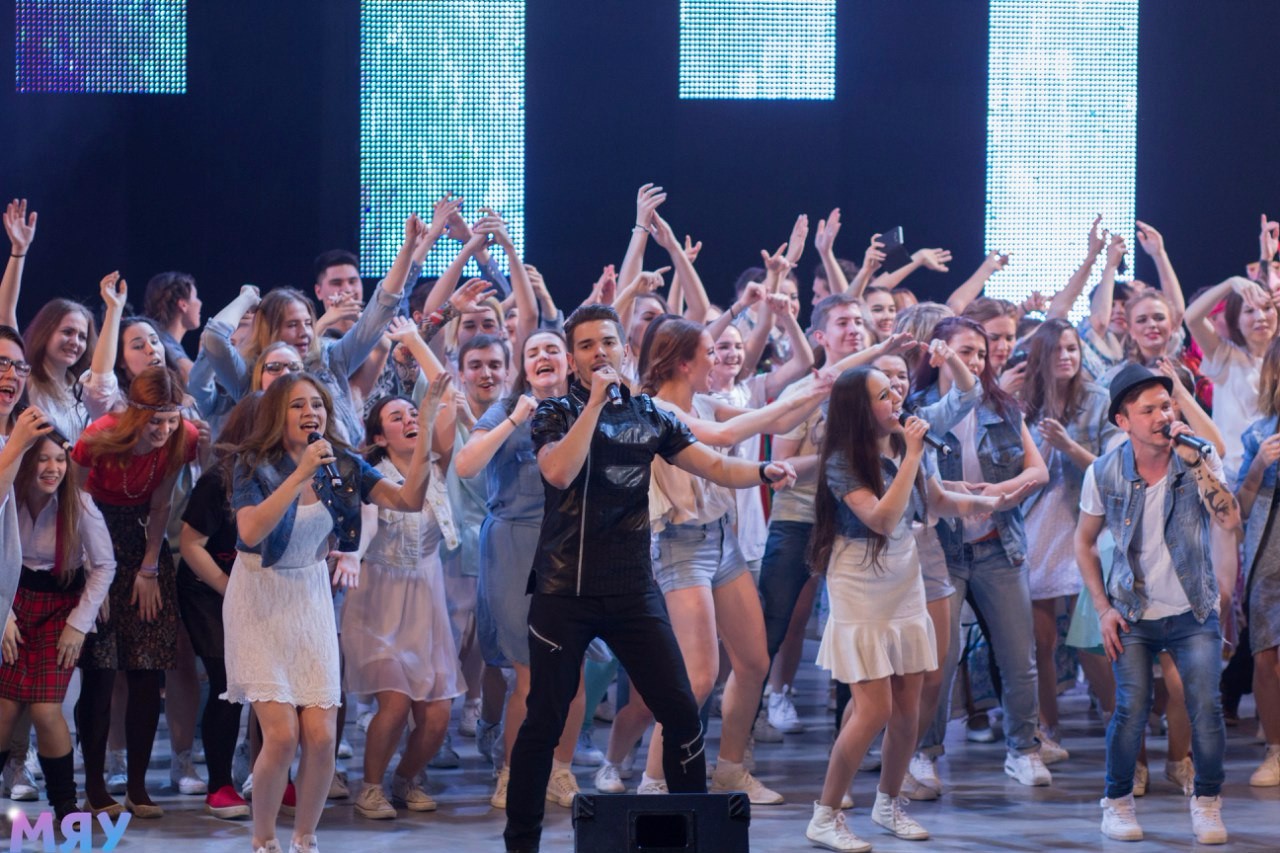 On March 16 spring melodies could be heard almost everywhere in UNICS Cultural and Sports Center. This is because Leo Tolstoy Institute of Philology and Intercultural Communication was presenting its programme called ‘Melody of Life’ in the framework of the largest student creative marathon ‘Student Spring’ Festival.

The program content was extensive and varied. The concert opened with an energetic vocal and instrumental performance ‘Uptown Funk’, which created the lively atmosphere of the entire programme at first note. Beautiful a capella compositions were performed by vocal ensembles the Emerald and Al Zeynebem. Folk Ensemble Zarnitsa (Summer Lightning) surprised the audience with a folklore interpretation of the modern song ‘Nevesta’ (‘The Bride’). Melodious original songs were performed by Nikita Saveliev and vocal-instrumental ensemble Shalfey (Sage). Young ensemble  Melody performed the hit ‘Just a dream’. True rock fans were able to enjoy the performance called ‘Crying’ by Ilya Zakharov and vocal-instrumental ensemble ‘IFMK’ (Institute of Philology and Intercultural Communication).

Choreographic direction was also presented with a great variety of genres and styles. National colour was brightly shown in an original Chinese dance, a delicate composition ‘Su Buenda’, and an expressive stylization of a Spanish dance. The performing artists also entertained the audience with contemporary choreography. The performance ‘Filologinya’ made by ‘Indigo’ team combined classical music, modern choreography, and a love of reading. Dance team ‘29 kilogramm’ (‘29 kilos’) dedicated their composition to the favourite film of many people ‘Operatsiya ‘Y’ i drugie priklucheniya Shurika’ (‘Operation ‘Y’ and Other Adventures of Shurik’). Vocal and choreographic synthesis performance ‘Take you there’ and mass choreography by ‘Art Works’ had a great response from the young.

Original genres were presented with highly rhythmic student theater of pop sketches ‘Along with a single tap dance’, and a new collection of costumes created by ‘Tatar style’ studio and inspired by the forest motifs. The innovation of the programme was interaction with the audience. For the first time, the audience not only supported the main characters with applause and rhythmic movements, but even sang along with them. The video sequence that accompanied the whole concert also deserves to be mentioned. Spectators along with all the concert participants found melodies and rhythms in everything that surrounds us.

The real apotheosis of the program was, of course, the final song ‘Sing with me’, performed by the main characters of the programme together with the famous Kazan band ‘Progulschiki’ (‘Shirkers’). Eventually, all the participants and organizers of the concert got involved in singing. Institute of Philology and Intercultural Communication performed a really spectacular show with an extensive and beautiful final.