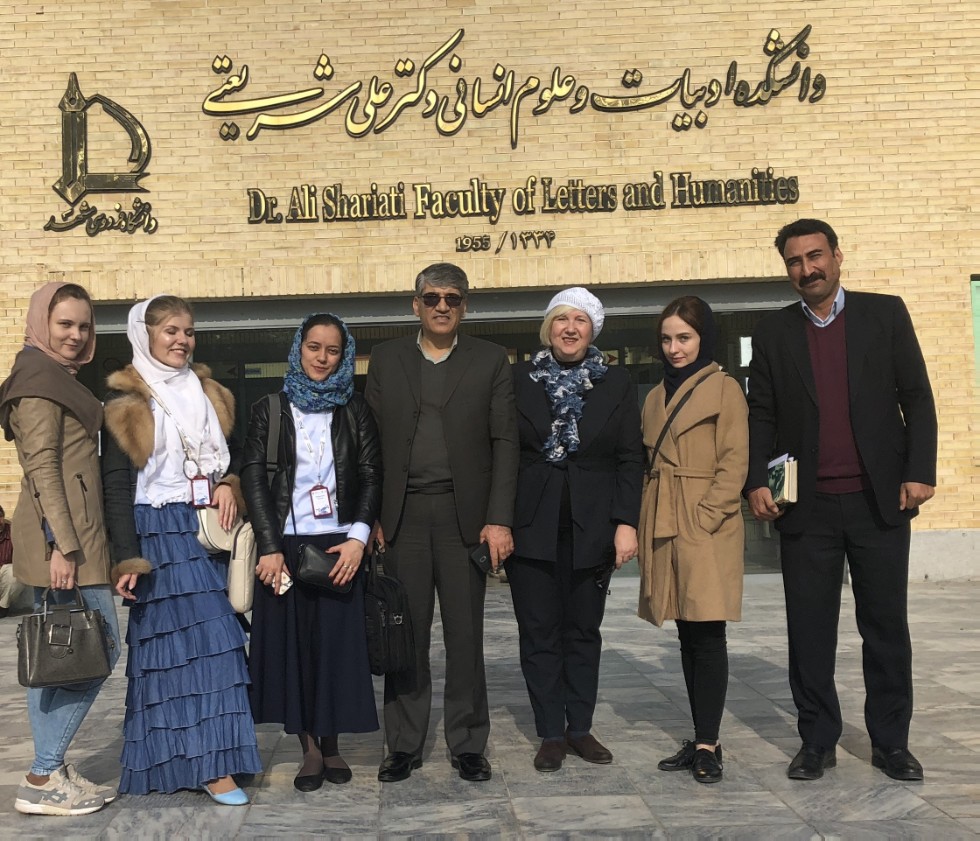 From 1st to 7th December, 2018, for the first time the “Russian Language Ambassadors in the World” program held an educational expedition to the Islamic Republic of Iran. This program was the product of an agreement between the Russian Federation’s Ministry of Education and Kazan Federal University. The “Russian Language Ambassadors in the World” is an international student volunteer program whose participants introduce pupils and students to the Russian language, culture, and literature by using interactive teaching strategies. These Russian language ambassadors are promoting Russian language abroad and organizing intercultural dialogue between Russian and foreign youth.

One of the top five universities in Iran, Ferdowsi University of Mashhad was chosen to be the supporting university for this program. In addition to Ferdowsi University of Mashhad, Bojnord University sent 12 of its own students to participate in the Russian language expedition. The team included current Russian language ambassadors, KFU staff, and postgraduate students: Mardanova Gulnaz, Sereikina Maria, Korshunova Anastasia and Makrishina Nadezda; the head of the expedition – Head of KFU Higher School of Russian Language and Intercultural Communication, Bochina Tatiana.

Every day, KFU’s team gave Russian language lessons, master classes, roleplaying games, and quizzes. During the educational expedition 25 events were held, including methodological seminars regarding modern technology as a means of teaching foreign languages, which were conducted for Ferdowsi University of Mashhad teachers by professor T.G. Bochina. Some other interesting events, such as, “Russia in numbers”, “The colors of the world”, “Russian song” interactive lesson, “Russia day,” “Russian phraseology’s world of man” master classes, “Press conference” and the roleplaying game, “Leo Tolstoy’s world,” a quiz relating to the famous writer’s anniversary, left an unforgettable impression on students. Although each of these events were highly inspiring, the most exhilarating was the, “Adventures of foreigners in Russia” quest. For this event, more than 100 students in 10 teams competed in regional geography, lexis, grammar and phonetics.
During the closing ceremony, the Head of International Cooperation Department, Mr. Habulu, noted the high level of cooperation between the two universities. The head of the Russian language department, Mr. Mostafavi, pleased with the expedition, extended his thanks, commenting on the excellent work and methodological assistance the expedition’s members demonstrated. The students themselves called the Russian Language Ambassadors’ Expedition a “golden week.” We believe, and continue to hope to inspire others to continue learning more about the Russian language and culture.