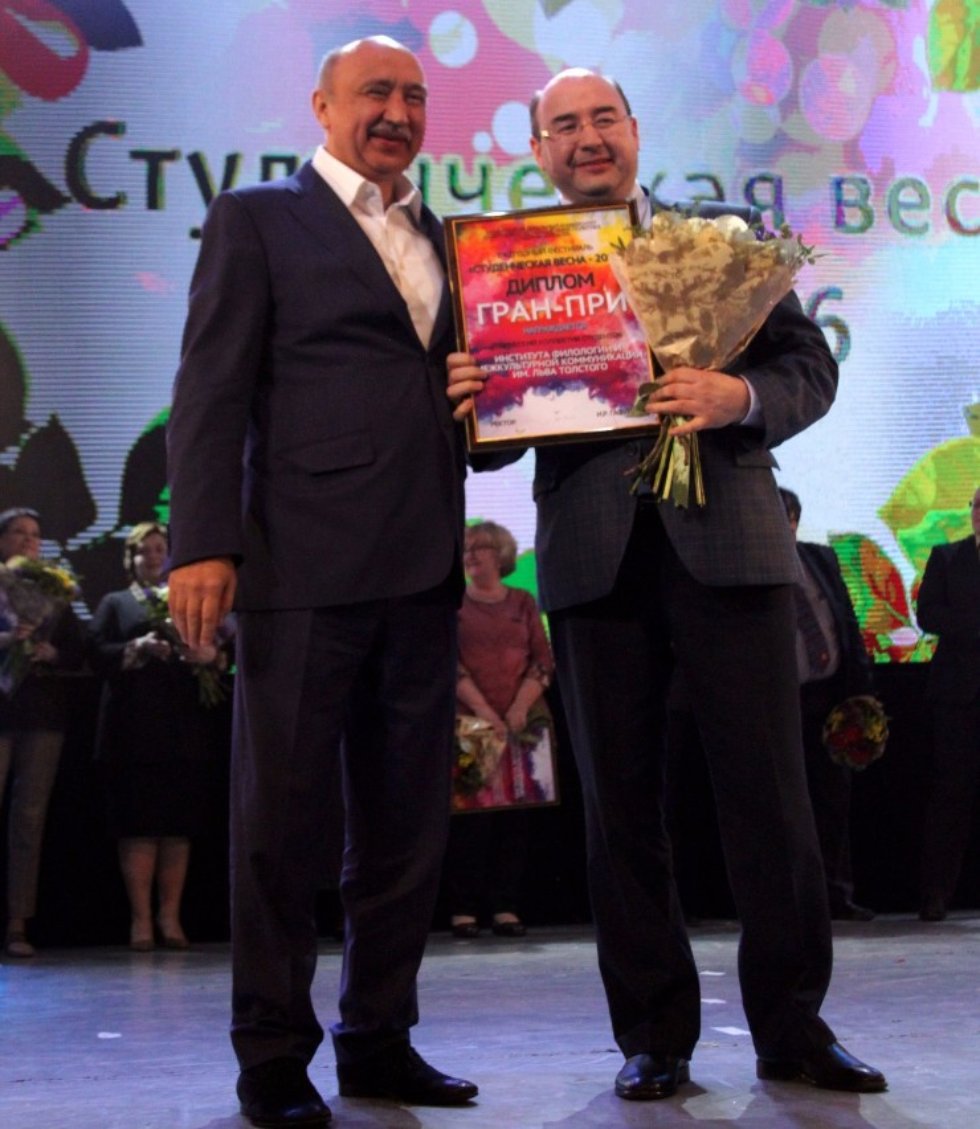 April 30, 2016 was marked for students of the Kazan Federal University by celebrations. "Student Victory March" became a new tradition and was dedicated to the celebration of the Victory in the Great Patriotic War, the most important event for every citizen of our country. A bright continuation of the parade can be called a final gala concert "Student Spring" which took place in the evening.

The concert program could be divided into several parts. The first part consisted of performances dedicated to the coming May 9. Another part was a separate block of performances previously shown in the institutes’ festival programs "KFU Student Spring". This block was opened by awarding of the laureates and the winners among creative teams. Next, the audience enjoyed the best performances of the festival.

The final and most exciting part of the concert for many students was the long-awaited announcement of the winners of the competition program of the "Student Spring" festival. The Institute of Philology and Intercultural Communication of Leo Tolstoy won the deserved and undisputed victory once again, this year it has confirmed its multiple title by a new victory! All students of the institute in the audience were very happy and couldn’t hold emotions.

We congratulate and thank everyone who has contributed to this great victory!