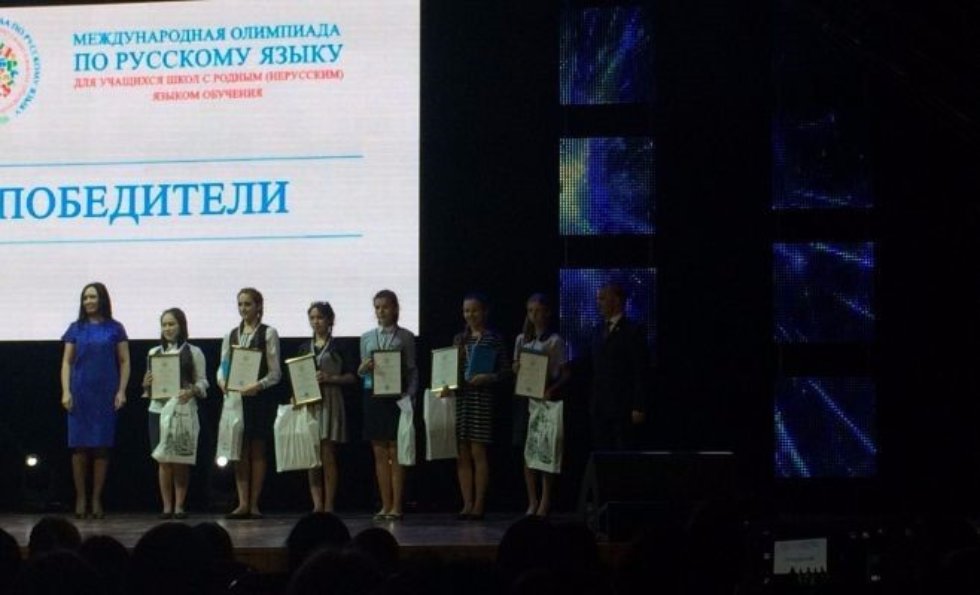 On the International Day of the Russian language and the birthday of Alexander Pushkin, in Kazan, the concert hall of Volga region State Academy of Physical Culture, Sports and Tourism held the progress review and closing ceremony of International Russian Language Olympiad for pupils from schools with the native (non-Russian) language of instruction.

The first distance round of the competition was held in May. It was attended by more than 3.5 thousand pupils of the 8th and 10th grades of national schools from different parts of Russia and CIS countries.

More than 200 of them entered the second tour and came to compete with each other in the capital of Tatarstan. The participants were given interesting tasks requiring linguistic intuition, research qualities and knowledge of Russian culture.

“Every year, the role of this event is becoming more important, the quality of knowledge of Russian language is improving. We believe that this is our main victory “, said Engel Fattakhov, the Deputy Prime Minister of Tatarstan , Minister of Education and Science of the Republic. He also stressed the uniqueness of Tatarstan program on the development of studying state and other languages of the republic, active financing of this direction on the part of the regional administration.

At the ceremony, the winners of the Olympiad, who were the best in such nominations as “linguistic intuition”, “sounding word”, “Cognition and Creativity”, the teachers of Russian language and literature, the deputy directors for educational and methodical work of the municipal education authorities, having the largest number of winners of Russian language and literature contests, the accompanying teachers were awarded special prizes.

The winners of the event were awarded by Rimma Ratnikova, Deputy Chairman of the State Council of the Republic of Tatarstan, Engel Fattakhov, Deputy Prime Minister of the Republic of Tatarstan, Minister of Education and Science of the republic, Danil Mustafin, Head of the Department on  implementation of the National Policy of the Department of the Presidenton domestic policy, Reseda Mukhametshina, Director of the Higher School of Russian and foreign philology of Leo Tolstoy Institute Philology and Intercultural Communication KFU, Natalia Brunova, general secretary of the International Association of teachers of Russian language and literature, Head of MAPRYAL apparatus, Executive Director of the Russian society of teachers of Russian language and literature. Each of them made a welcoming speech and greeted the guests of the ceremony.

During the whole event the participants were also presented musical and dance performances in Russian and Tatar national colour.

For the first time in Russia, International Russian Language Olympiad for pupils from schools with the native (non-Russian) language of instruction was held in Kazan in 2014 on the initiative of the President of Tatarstan Rustam Minnikhanov in order to improve the teaching of the subject “Russian language” to identify and encourage talented and gifted students and creative teachers of the republic, Russian regions and CIS countries.

“The fact that the festivities in honour of the Russian language in Kazan are organized on such a scale, indicates that the Government of the Republic attaches great importance to the issues of education and, in particular, to the study of Russian language and literature”, said Natalia Brunova.