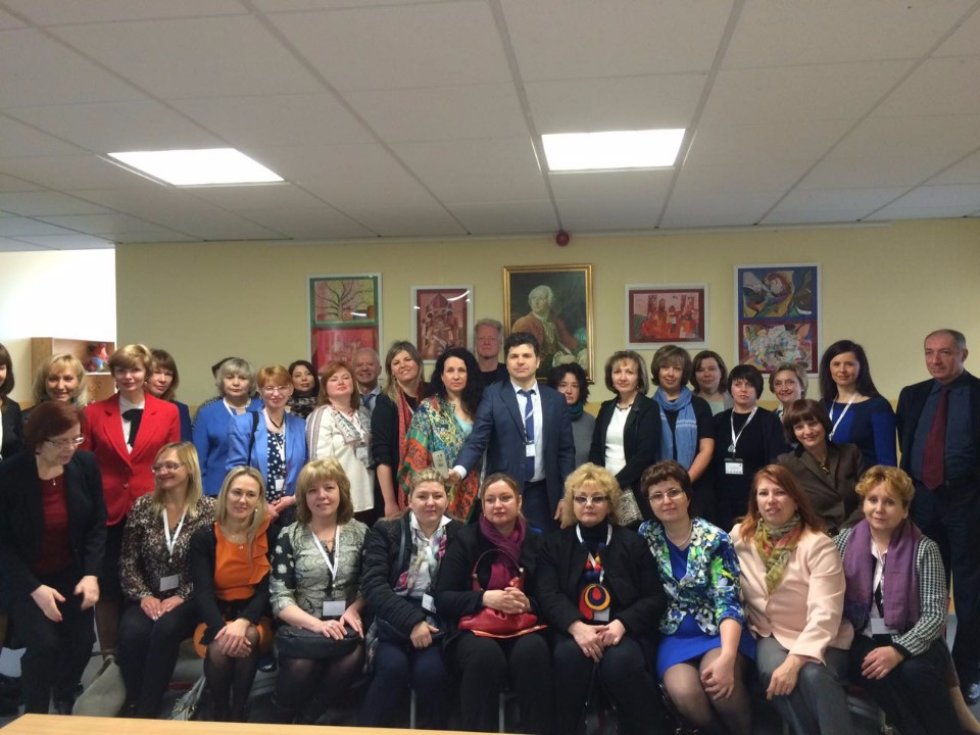 The first International congress "In Russian, in the context of multilingualism. The experience of the institutional support of the Russian language outside Russia" has finished its work in Berlin.

The Congress, which was held in April 10-13, was attended by scientists, educators, politicians, public figures, journalists and publishers. It was organized by the Society of Russian-speaking parents and teachers Berlin "Mitra". Sponsors of the event that brought together 139 participants from 41 countries were the fund "Russian world" and the Russian House of Science and Culture in Berlin.

The Congress was devoted to the development and promotion of the Russian language abroad, the theory and practice of the multicultural and bilingual education in schools in Europe, Asia and America.

The Head of the Department of Russian and Foreign Philology Institute of Philology and Intercultural Communication of Kazan University  Mukhametshina Reseda Failevna shared the experience of the Republic of Tatarstan in this field. She was invited by the committee of the Congress and the Foundation "Russian world" as a member of the Board of the Russian Society of Teachers of Russian Language and Literature (ROPRYAL) and a member of the Society of Russian literature established by Patriarch Kirill, as well as a professor of Kazan University and a specialist in the field of bilingual and bicultural education.