I want to learn Russian language because Lobachevsky used to speak it!
Main page \ Academic Units \ Humanities \ Institute of Philology and Intercultural Communication

I want to learn Russian language because Lobachevsky used to speak it! 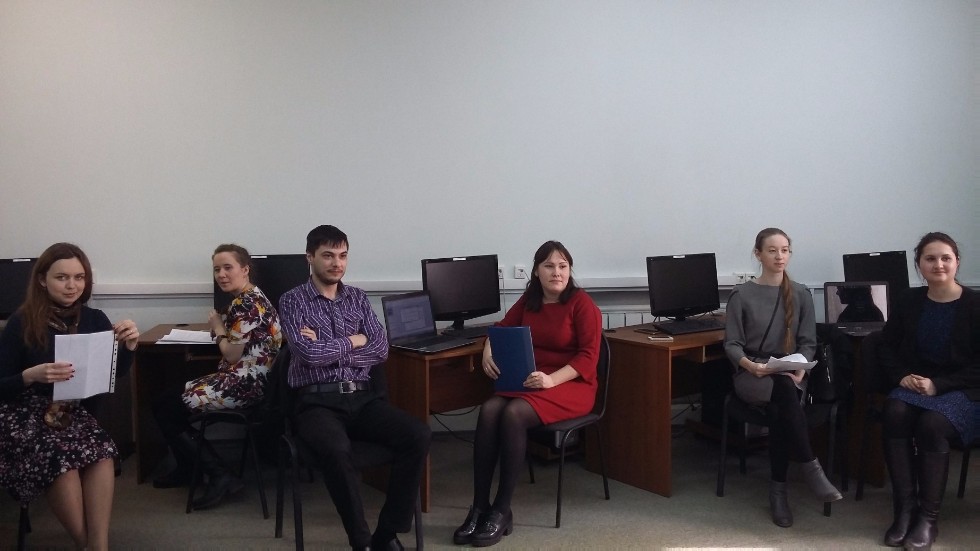 2017 is the year of Lobachevsky at Kazan Federal University as this outstanding personality is one of the brands of the Alma mater. His «non-Euclidean» geometry has not only influenced the minds of the 19th century mathematicians but has also impressed the people who are not keen on mathematics.

It turned out to be true for the lecturers and professors of the department of educational technologies and information systems in philology who devoted their classes with students studying linguistics to Nikolay Ivanovich Lobachevsky.

Together with the students of Gabdulla Tukay Higher School of Tatar Studies and Turkology majoring in «Mathematical linguistics» professor L. L. Salekhova discussed the film dedicated to Lobachevsky’s life and his contribution to the University’s development.

The students of the Higher School of Russian and Foreign Philology and the Higher School of Russian Language and Intercultural Communication discussed the inventions of the mathematical genius with great interest. They also appreciated his huge contribution as a lecturer when discussing the topic with Lukoyanova M.A., the assistant professor. The foreign students were also interested in this topic, although it was the first time they heard of the scientist.

The historical fact proves that outstanding inventions motivate people to study languages. For example, čarl Gauss, the «king of mathematicians», having heard of Lobachevsky’s report, started to learn Russian. He wanted to study the works by this ingenious mathematician in the original.

Keywords: I want to learn Russian language because Lobachevsky used to speak it!

įŅ“ŅŃ­Ó¶Ķ  Ķń ņÓ“Õ­ĶÓļÓ: I want to learn Russian language because Lobachevsky used to speak it!