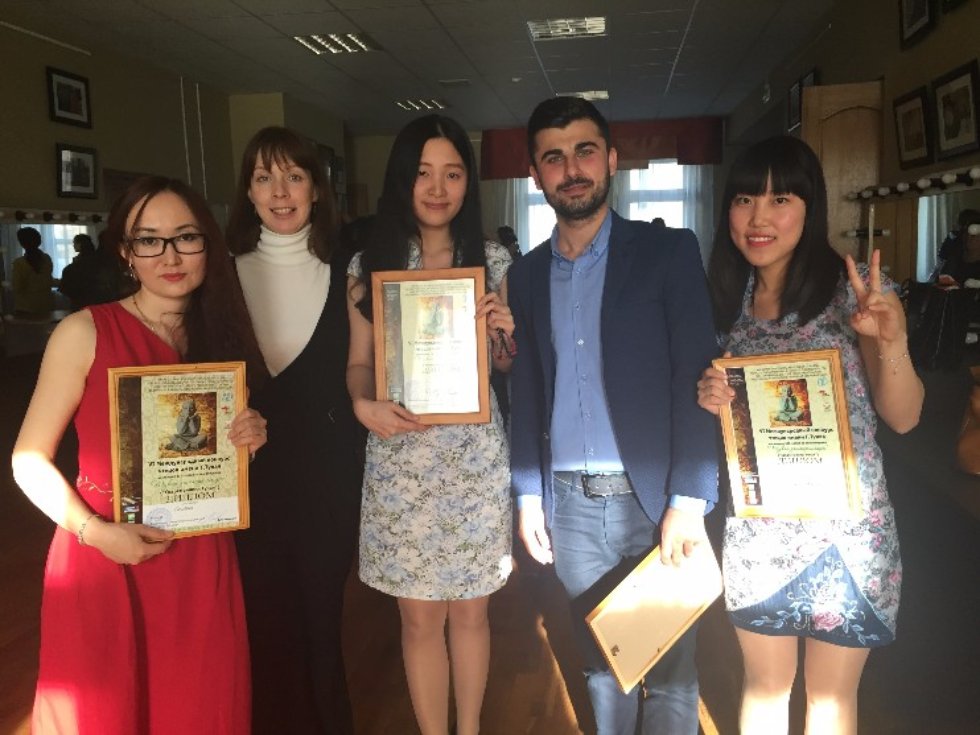 April 18-22 Kazan Actor’s House named after M.Salimzhanov held the final rounds of the VI International Recital Competition named after G. Tukay, which was dedicated to the great Tatar poet’s 130th anniversary. This year the competition received about 460 applications (200 - from Kazan, 140 - from the regions of the Republic of Tatarstan, 105 - from the regions of Russian Federation).

“Tukay’s Contemporaries” was chosen as the theme of the contest. The participants of the contest were offered the poems by Gabdulla Tukay and his contemporaries. For the first time in its history, the competition was attended by foreign students of KFU from China, Turkey and Indonesia.

Syaulyash, a Chinese student, caused a particular interest of the public, reading Tukays poem “Tugan Tel” in Tatar. Students from China Shu Han and Li Tszyahao recited the poems by Shaikhzad Babich, one of Tukay’s contemporary poets. At the end of the qualifying round, the fight for the victory in the competition was continued by Shu Han, Huang Huang, Syaulyash and Akay Serkhat.

April 22, the award ceremony was held within the framework of the gala concert of the VI International Recital Competition named after G.Tukay. Third place went to the student from Turkey Akay Serkhat. Second place was given to Huang Huang. Shu Han from China became the winner of the contest. All foreign winners of the recital competition named after G.Tukay had been prepared for performances by the academic staff of the Department of the Russian language as a foreign language of IPIC, where these students are studying.