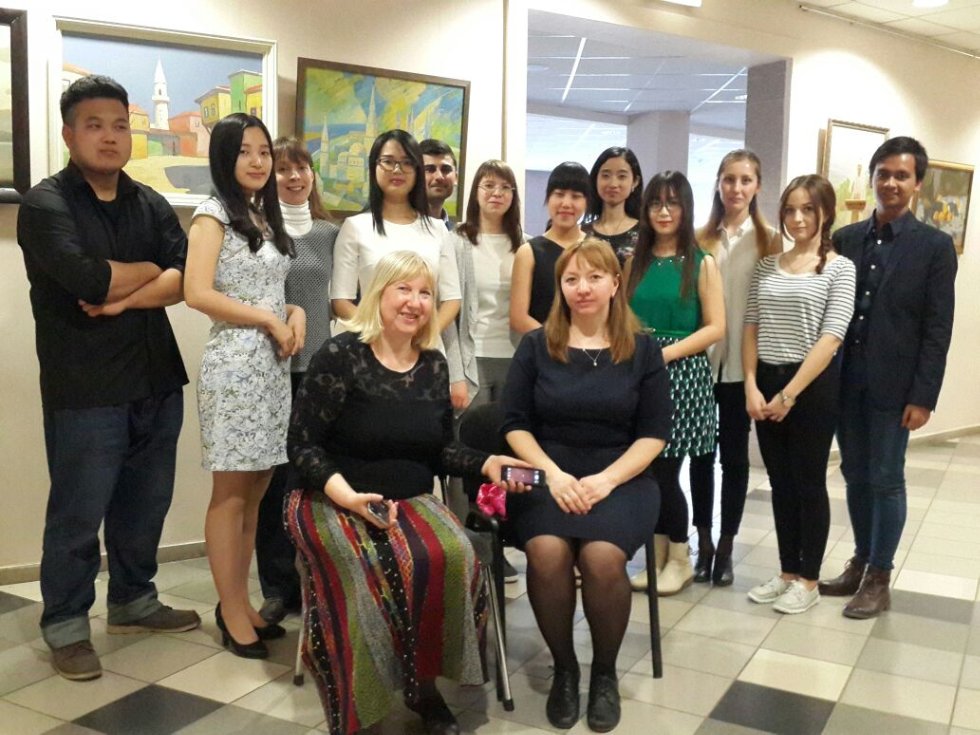 On April 27, Leo Tolsoy Institute of Philology and Intercultural Communication, foreign students of KFU who study at Higher School of Russian Language and Intercultural Communication held an event called “Meet Tukay”, devoted to the 130th anniversary of the great Tatar poet. Foreign students from neighbouring countries and beyond also attended the event together with their teachers.

The hosts of the event were the Chinese students. First they talked about the most important moments of the life and work of the poet. The audience was shown a presentation on the childhood, the youth and the creative formation of “Tatar Pushkin”. A special guest and participant of the event was Bazarbai Morat uly Bikchentaev - a famous singer, resident of China, representative of the Tatar diaspora in China, member of the International festival “Altyn Maidan - Crimea – 2015”. He performed the most famous song “Tugan Tel” on the verses by G.Tukay.

As it is known, during his short life the poet created not only more than 10,000 lines of poetry, but also fairytales for children. Huang Huang, a student from China, and Akay Serhat, a student from Turkey, acquainted the guests with the contents of the most famous fairy tale by G.Tukay “Shurale”. Then there was a presentation of a cartoon based on another tale by the Tatar poet “Su Anasy”. To ensure that the foreign students could understand the poetic text, the students of Institute of Philology and Intercultural Communication, who study on the program “Russian as a foreign language”, prepared the captions with the adapted text.

After that, foreign students Lee Tszyahao, Shu Han, Huang Huang, Syaulyash, Akay Serkhat and Arkan Kirzin, included into the number of the winners of the VI International Recital Competition named after G.Tukay, were reciting the poems of the poet.

At the end of the event there was a quiz “Named after Tukay”. Those who gave correct answers to the questions of the quiz were awarded with memorable gifts. After that there was a rewarding ceremony for the participants of “Meet – Tukai” event.

Information source: The Department of the Russian language, IPIC