Foreign students didn't not get lost in the Russian street 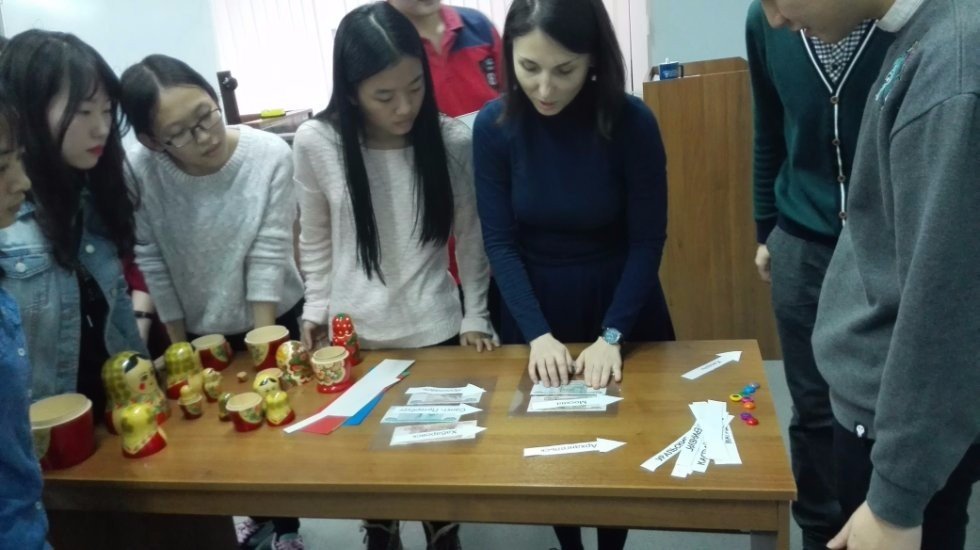 On Friday, December 11, 2015 in the Institute of Philology and Intercultural Communication the "Russian street",  the relay testing the knowledge of the Russian language and culture in the framework of the II Youth research and education  festival, dedicated to the Day of the Russian language, brought together representatives of different countries ( China, Korea, Germany, India, the Czech Republic, Indonesia, America, Japan, Mexico, etc.).

Unusual routes through the stations "Highway of competent enthusiasts", "Pure words", "Question quarter", "Word mall" and "Mysterious Avenue" became an occasion to meet old and new friends, students and teachers, as well as a place of new discoveries and victories. Especially for the relay, traditional classrooms became competitive "stations" with funny names that are familiar to everyone who has ever been in the Kazan or Moscow underground.

The creative team of the Department of Russian as a foreign language is responsible for the organization of this event.

The "Russian street", in fact, exists in different cities of Russia and the former Soviet Union - no matter whether it is wide (as in Vladivostok) or narrow (as in Lviv), it is famous for its cultural heritage and iconic past. When planning routes for the teams the authors were inspired not only by the wealth of the Russian language and Russian culture, but the poetry of the ordinary Russian life.
After tests, the participants came together for an informal awarding ceremony. The winning team - "Trees", as well as the teams - "Vintage", "Heaven", "Sun", "The Miracle’ received a great ovation.

Source: Department of Russian as a foreign language

Keywords: Foreign students didn't not get lost in the Russian street