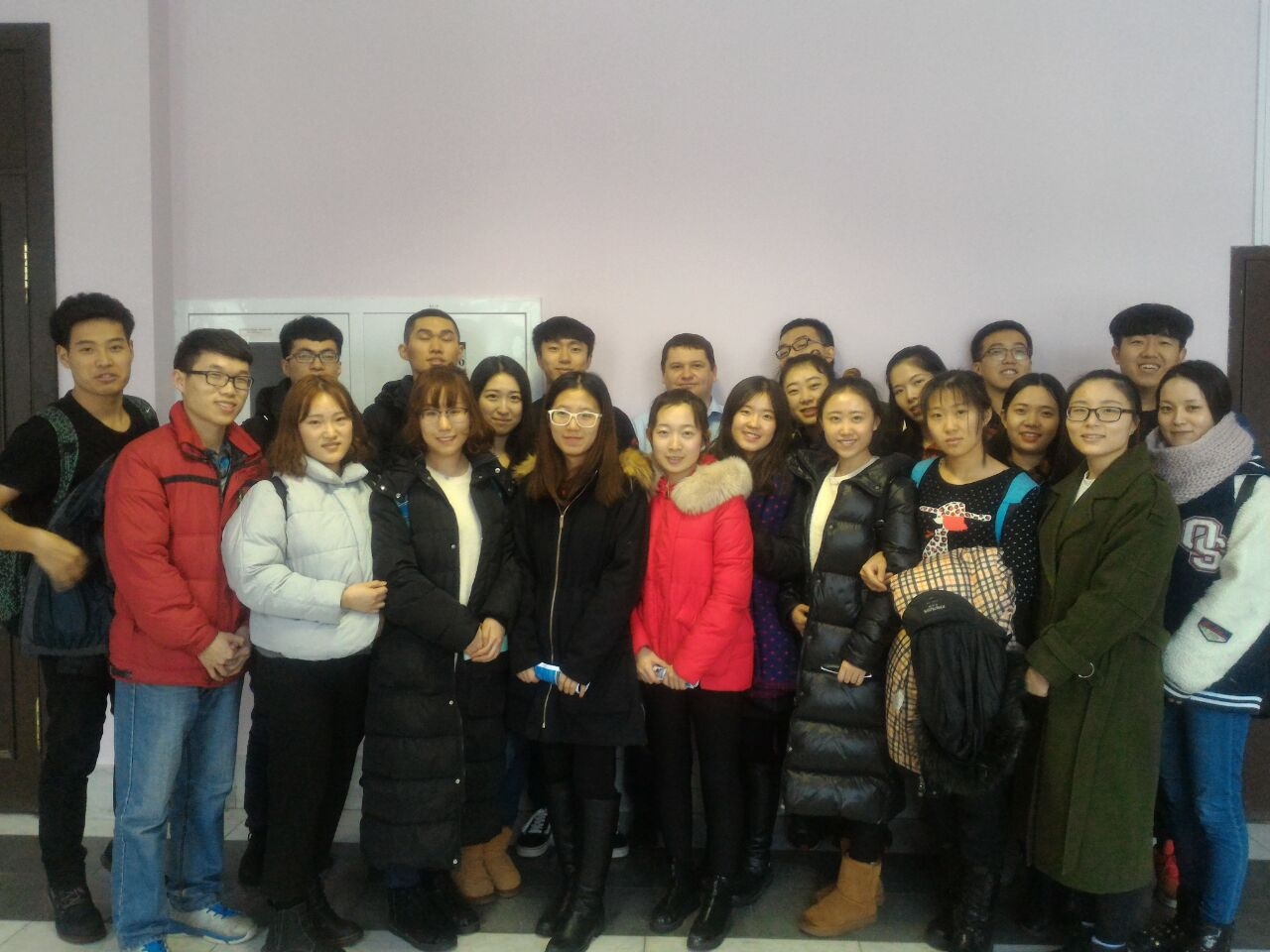 Chinese students came from Xi'an Petroleum University to the Institute of Philology and Intercultural Communication named after Leo Tolstoy of Kazan Federal University for a language practice. They have long ago realized that the Russian language — is not just another exotic foreign language, but the language of science, the language of their future profession. That is why they visited laboratories of the Institute of Geology and Oil and Gas Technologies of the KFU to master their vocabulary and assimilate new words and professional terms. During the laboratories tour they have studied modern equipment used in research and observation process, and learned about contemporary educational process used by Institute to train students.

Most of all the guests were excited to visit the Geological Museum named after A.A. Shtukenberg, one of the richest and oldest natural science museums in Russia. The museum exists since the 1804, the year of foundation of the university. The students had a great time examining the museum, they also enjoyed the marvelous tour given by guide Gennady Sonin, docent and candidate of geological and mineralogical sciences, who was pleased to answer numerous questions from curious students. Chinese guests with great interest studied a vast number of different rocks and minerals exposed in the museum, and most of all – an enormous collection of meteorites. They have learned that the oil can be of different colours, other than black, and they learned a lot about oil production in Russia and particularly in the Republic of Tatarstan.

Excursions like this are especially important in mastering of professional Russian language, as foreign students have an opportunity to test theoretical knowledge gained in the audience.