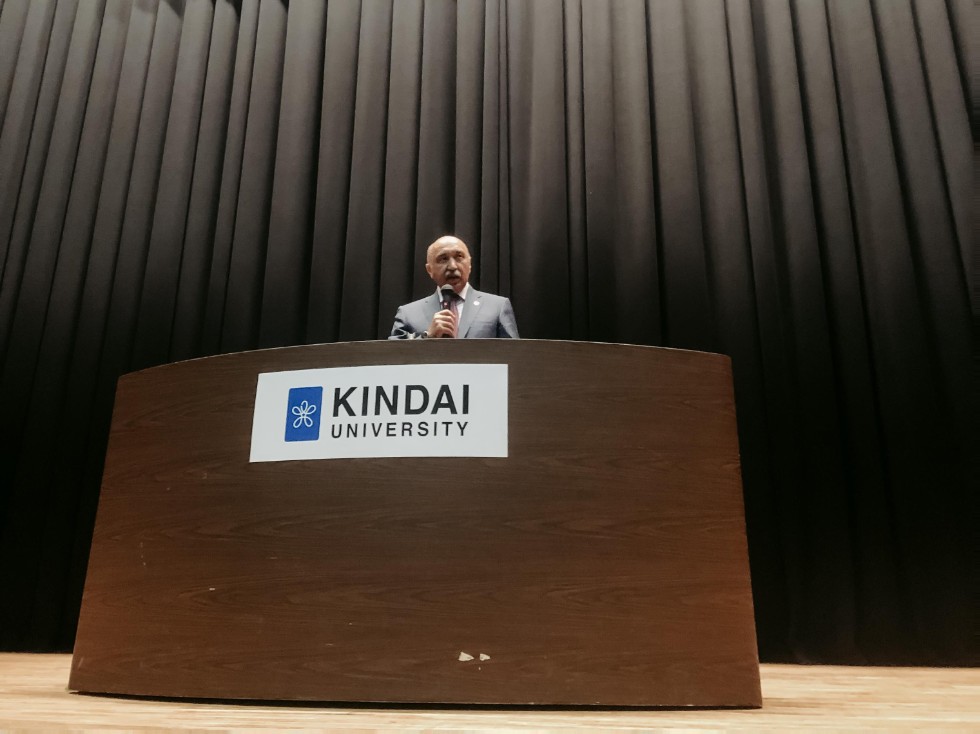 A meeting was held on 5th October.

Rector Ilshat Gafurov and Vice-Rector Dmitry Tayursky met with the Kindai Board Chairman and Member of Parliament, Mr. Seko. He showed deep interest in strengthening the cooperation between KFU and Kindai and expressed his wish to visit Kazan in the nearest future.

Further, Dr. Gafurov attended the opening ceremony of a student summit dedicated to interdisciplinary research and future technology; he gave a speech there.

Another stop was at the University’s Sumo Club. The two sides discussed a similar type of wrestling – korash – which is an ethnic wrestling variation in Tatarstan and Bashkortostan.

In conclusion, Dmitry Tayursky showed a presentation of Russian-Japanese student exchanges and answered many questions which followed.

Just recently, a delegation headed by Kindai President Yoshihiko Kosoi visited Kazan University. Some groundwork was laid during the negotiations on 21st and 22nd September, and further developments are going to happen after the return visit.