A ceremony was held in the Emperor Hall on 19th December.
Main page \ About the University \ Leadership \ Dmitry Tayursky 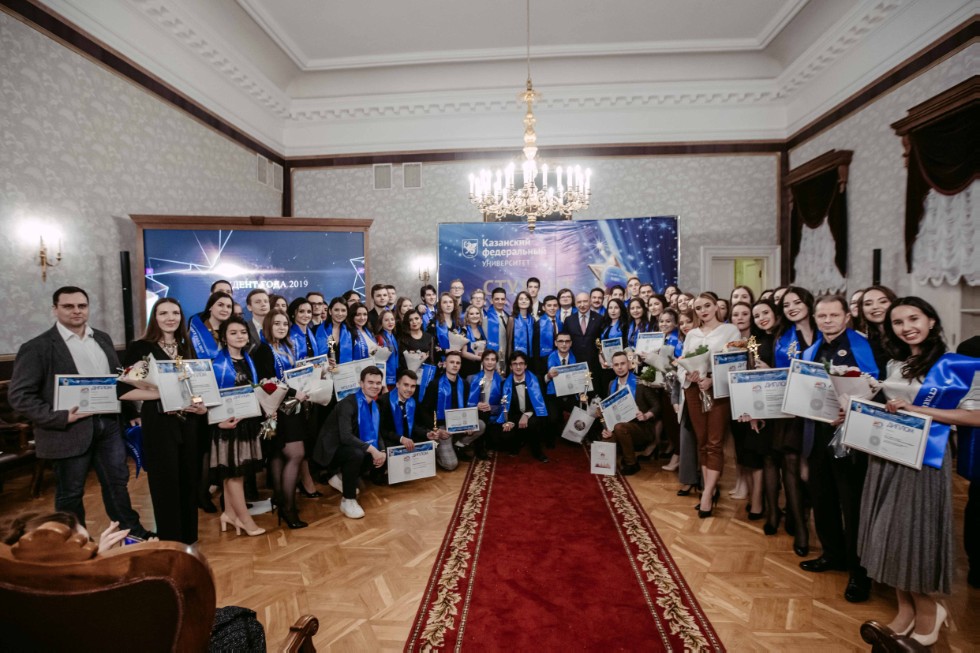 A ceremony was held in the Emperor Hall on 19th December.

Apart from Rector Gafurov, the audience was also greeted by Vice-Rector for Education Dmitry Tayursky and Vice-Rector for Social Work and Student Affairs Arif Mezhvedilov.

“This is a special year for us – the year of alma mater’s 215th anniversary. We’ve undertaken a good job to fittingly celebrate this significant occasion, to conduct bright and unforgettable events. The city of Kazan cannot be imagined without a university. The university has partaken in the proceedings linked with the establishment of the Tatar Autonomous Soviet Socialist Republic, the 100th birthday of which we will be celebrating next year, and we will remember the pages of our history connected to that,” said Dr. Gafurov.

Among some of the individual and collective achievements by KFU in 2019 are:

Republic of Tatarstan’s Prize for Implementation of Youth Policies;

Grand Prix of the Freshman Day Festival 2019 in Tatarstan.

As for the Student of the Year Award, it went to Kamoliddin Bobokhonov.

“It’s a great honor for me to appear on this stage and to be a student of Kazan Federal University, a university with 215 years of history. Five years ago, when I was an enrollee in Tashkent, I only dreamt of being admitted to this institution. And the dream came true. The university is not just a place to study, but our home, something which gives colossal opportunities for growth,” responded the winner.

A friendly exchange of words was held by Rector Gafurov in conclusion of the ceremony.

Keywords: Student of the Year