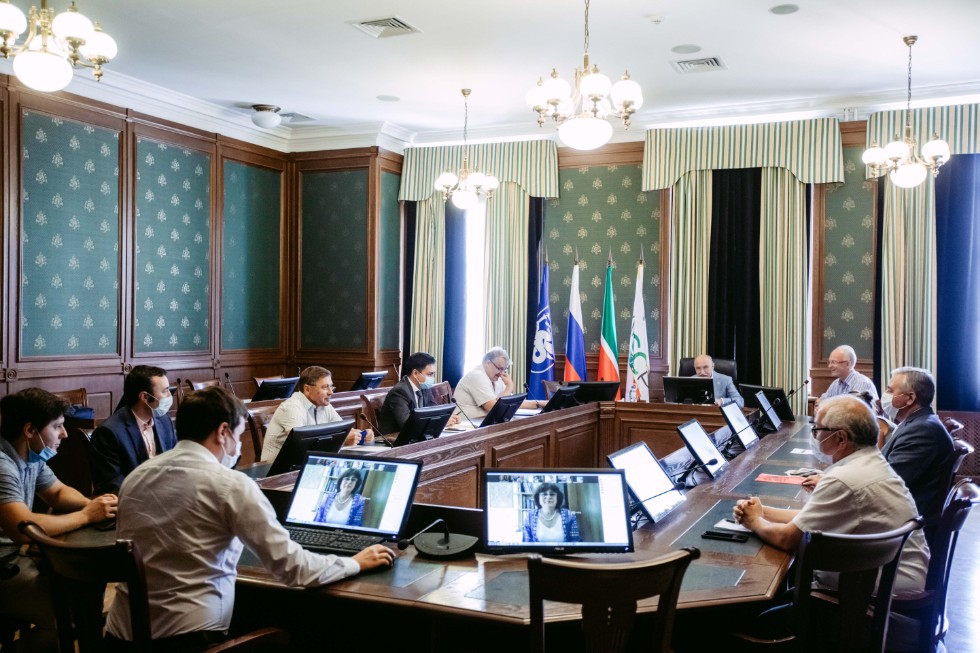 A video conference was held on 28th July.

Holon Institute of Technology (HIT) is one of the leading technological institutions of Israel, specializing in management, engineering and design for the high-tech industry, with additional focus on advertising, marketing, and digital media. There are 11 centers and laboratories in robotics, AI, algorithms, nanotechnology, plasma physics, and digital medicine.

President Yakubov expressed his favorable opinion of the scientific endeavors of Kazan University and proposed launching joint research and educational projects, including those within the Erasmus+ program, of which HIT is a full member.

Rector Gafurov suggested holding separate conferences on different subjects, “This meeting shows that we have interesting cooperation prospects. Medical cybernetics is one of such subjects.”

He invited HIT representatives to visit KFU after the epidemiological restrictions are cancelled.