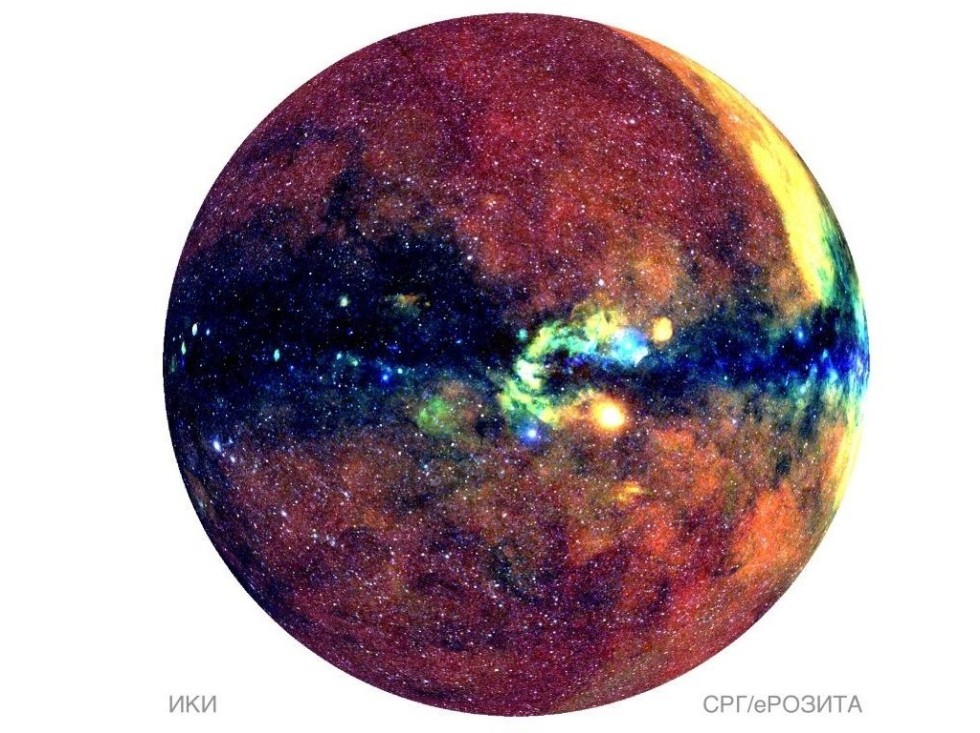 Professor of the Department of Astronomy and Satellite Geodesy Ilfan Bikmaev gave comments on the ongoing work.

As Ilfan Bikmaev explained, two of the planned eight full-sky scans have already taken places, and they reveal about a million X-ray sources based on eRosita's data, which is twice the number of those discovered during all previous X-ray observations.

“Three quarters of these sources are quasars and galaxies with active nuclei (these are supermassive black holes with masses of 10 to 100 million solar masses). The remaining 250,000 sources include clusters of galaxies, close binary systems in our Galaxy, stars close to the Sun with magnetic and chromospheric activity. Unfortunately, it is impossible to establish the astrophysical nature of the newly discovered sources and classify them only from X-ray observations of the Spektr-RG satellite. To solve the problem of optical identification and classification of sources, both open digital archives of optical and infrared telescopes of the world and operating ground-based optical telescopes are needed. The staff of the Space Research Institute (Russian Academy of Sciences) created a software tool called SRGz, which works with these large databases. It makes it possible to select a hundred most interesting objects from that million X-ray sources - candidates for distant quasars. However, their real nature must be verified using ground-based optical telescopes. Joint Russian-Turkish 1.5-meter telescope RTT-150 (with participation from KFU, Space Research Institute and TUBITAK National Observatory) is involved in this study. With it, we completed (for the first time in the history of Kazanian astronomy) spectroscopic observations of twenty distant quasars at redshifts z = 2.5-4.5 (distances of 10-12 billion light years), discovered in the X-ray range by eRosita telescope of the Spektr-RG orbital observatory in 2020. It is  good to know that young researchers from KFU are taking part in this study: Eldar Irtuganov, Evgenia Nikolaeva, Alexander Sklyanov, and Maxim Glushkov,” said Bikmaev.

The scientist emphasized that the Spectr-RG observatory, due to its high X-ray sensitivity, has tremendous potential for detecting quasar candidates at large distances.

“We long dreamed that someday, being in Kazan, 2.5 thousand kilometers from the RTT-150 telescope, we will be able to carry out observations on it remotely. In April 2020, the dream came true - remote observation consoles were installed in our department's offices. Of course, this was partly due to the restrictions on international travel in 2020, but despite these restrictions, we were able to continue using the telescope. Twenty distant quasars became the first objects that were discovered by us during remote observations from Kazan, from Kazan Federal University,” concluded Bikmaev.