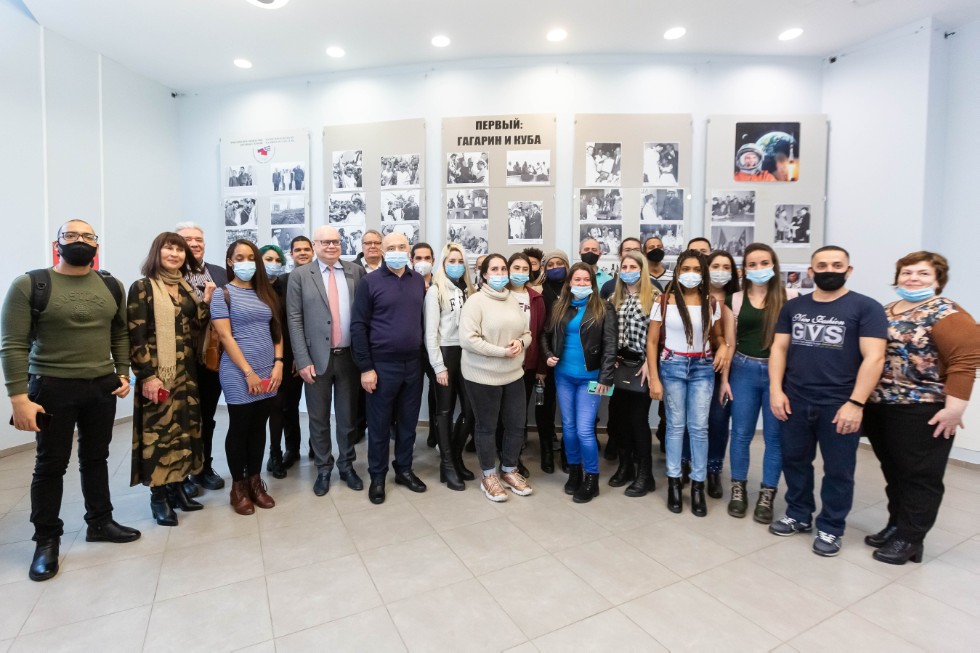 The opening was to celebrate the 60th anniversary of Yuri Gagarin’s first spaceflight.

The ceremony was held by the president of the Russia-Cuba Friendship Society, Deputy Minister of Finance of Russia Aleksey Lavrov and Rector of Kazan Federal University Ilshat Gafurov.

Yuri Gagarin was the first President of the Russia-Cuba Friendship Society, and Mr. Lavrov is the sixth. Lavrov is a good friend of Kazan Federal University; his parents worked here.

In his greeting, he mentioned that such an expo was unveiled simultaneously at 130 locations across Russia. However, the Kazanian expo is the only one to have been placed at an observatory.

This expo is one in the line of events leading the Engelhardt Observatory’s 120th anniversary celebration in September 2021. Apart from photos, it includes a documentary chronicling Gagarin’s hugely successful visit to Cuba in 1961. Interestingly, the documentary was demonstrated on the University Planetarium’s dome screen.

Rector Gafurov mentioned that there are big plans to expand and improve the Observatory’s infrastructure, “Behind the Planetarium, a new study hall is under construction for students. We have to also build a dormitory and a canteen. It’s all in the plans, and we move towards that. The construction will be completed before the Observatory’s anniversary. There will also be an advanced training center for astronomy teachers.”

As we have mentioned previously, KFU’s observatory complex is currently being nominated for the UNESCO World Heritage List. The nomination is supported by many professionals, including ex-Director General of UNESCO Irina Bokova.

The expo, comprising over 40 photos of Gagarin’s trip to the Island of Freedom in July 1961, is planned for demonstration in over 60 Russian and Cuban location.