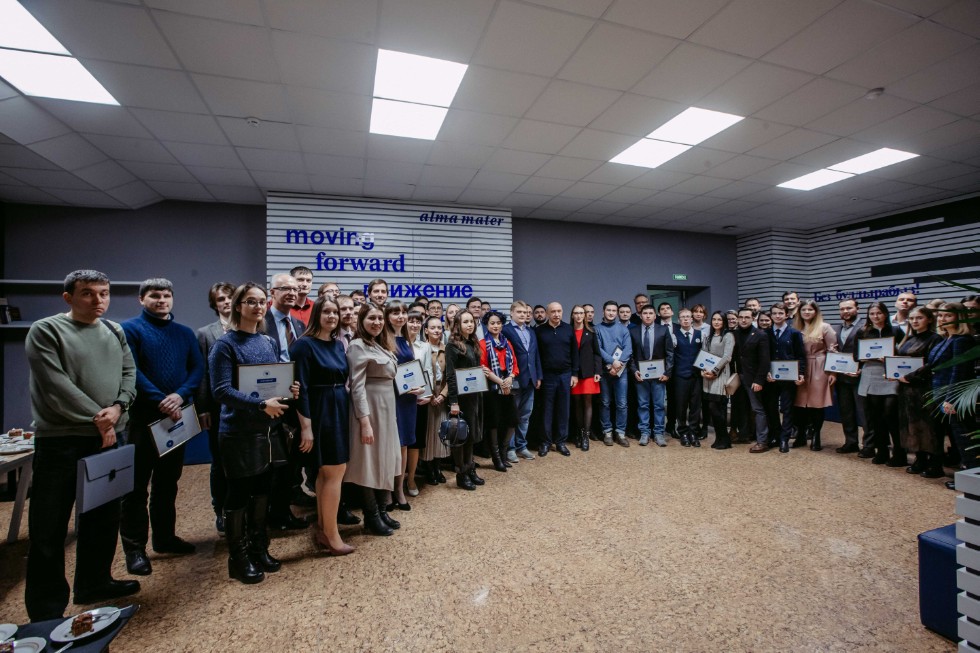 A traditional meeting was held on 25th December and included announcements of Rector’s Scholarship winners.

Before the meeting, Rector and the participants visited the KAMAZ-KFU R&D Center. “I asked you to attend to give you the opportunity to offer your vision of this center and project. It’s necessary to make the project adequate to the demands of all involved institutes,” noted the Rector.

The talks continued at the Center for Master Programs of the Institute of Management, Economics and Finance.

“We now have this good tradition to part ways with the outgoing year at these meetings. I am glad to be at this one and I must note that 2019 can be considered a successful year, despite problems which we are facing. We are a part of international rankings and, for a first time in the Volga Federal District, entered the top 100 of Times Higher Education subject rankings for Education. This is in part your achievement as well, the achievement of young scientists,” opined Dr. Gafurov.

Apart from that, Rector reiterated the importance of attaining financial self-sufficiency for the university, and said that we have to be ready for the constant change. He mentioned that grant funding is an important component of short-term planning.

“Starting this year, the funding we receive will be distributed on a grant basis. This pertains not only to research work, but also to educational programs. My understanding is that this helps advancing toward the university’s goals. We also plan to open a student technopark,” continued Dr. Gafurov.

Overall, there are 1,200 young scientists at KFU today. At yesterday’s meeting, the 50 winners of a rector’s scholarship were invited.

Head of the Association of Young Scientists Mikhail Varfolomeev reported, “In the last two years, 254 projects by young scientists have been supported by grant funding. It’s about a billion rubles, and the number grows every year. In 2019, over a 100 patents have been filed. Speaking about the publication activity, 23% of top-performing publications of the university involve young researchers.”

In conclusion, the winners received their awards. Next year, more recipients will be added, and the scholarship will be divided into nominations.