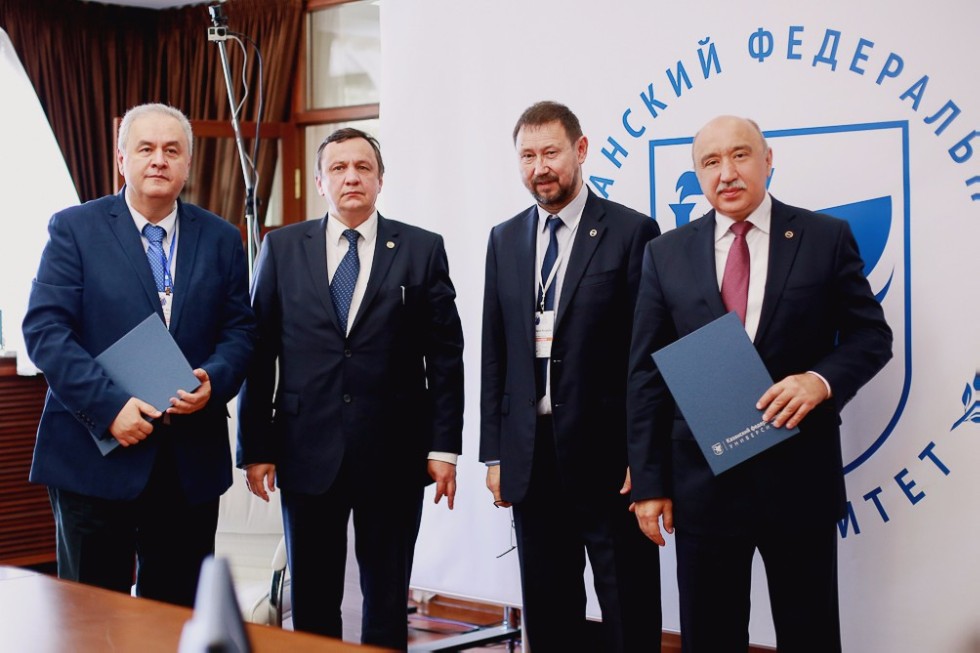 With this second iteration TheOR has become an annual event.

A Southwest Petroleum University delegation has arrived from Chengdu, with Professor Pu Wangfeng being one of the key contributors at the conference. This is a visit paid in return to a KFU delegation’s trip in May 2017.

Among other things, negotiations with PETEC General Director Iskander Zakirov were held.

The plenary session on Wednesday started with Rector Ilshat Gafurov’s greeting. “First TheOR in June 2016 showed that such an exchange of experience is pertinent and in high demand. That conference gathered 150 participants from over 40 institutions and companies. This one is much bigger – over 120 persons contributing and many esteemed guests from Canada, the USA, France, the UK, Denmark, Turkey, Romania, Venezuela, India, and other countries. One of the biggest delegations is from China – including Southwest Petroleum University and PetroChina employees”, said he. The Rector also read a welcoming letter from President of Tatarstan Rustam Minnikhanov.

Aide to President Minnikhanov Rinat Sabirov opined, “It was Tatarstani oilers and KFU scientists who laid ground for thermal recovery enhancement methods in the 1960s. The topic is timely to all of us because heavy oils are out future”.

The previous two days were dedicated to training sessions and field visits. Everyone who expressed such a wish could take a tour of the Ashalchi oilfield known for its heavy oil deposits.

In the midst of the attendees were representatives of Middle East Technical University. It was METU President Mustafa Kok with whom Rector Gafurov signed a cooperation agreement. The document mostly focuses on petroleum industry and chemistry, with possibilities left open for other fields of joint work.

The conference will end on June 23rd; its proceedings have been published in a special issue of Journal of Petroleum Science and Engineering.