Almir Abashev steps down as Chief Medical Officer of the University Clinic, replaced by Sergey Osipov 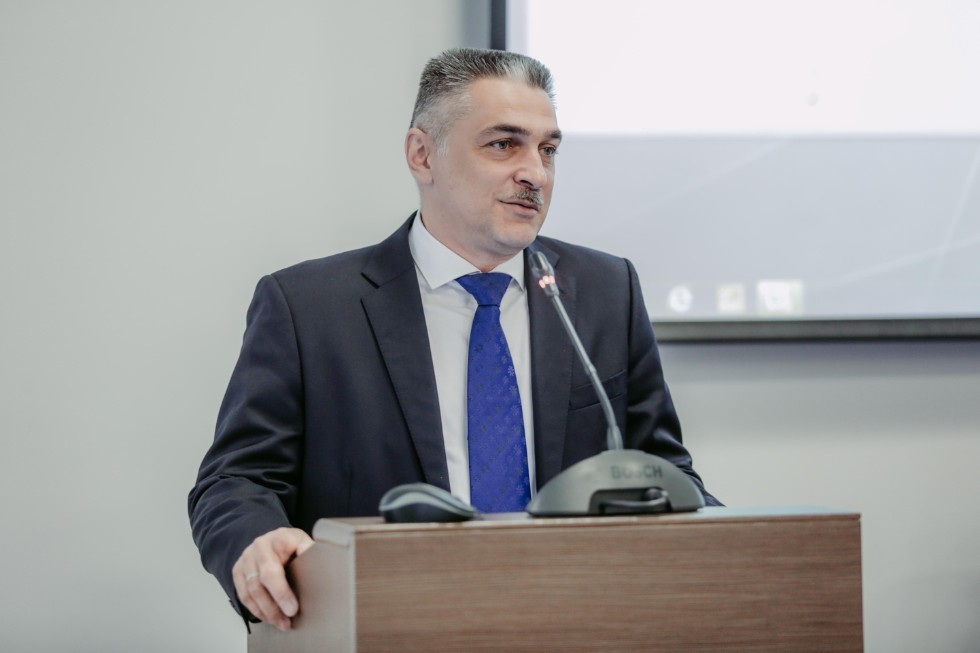 Dr. Abashev is to serve as First Deputy Minister of Health of Tatarstan, the position previously held by Sergey Osipov.

The appointments were announced today by Minister of Health Marat Sadykov and Rector of KFU Ilshat Gafurov.

Dr. Gafurov explained, “Last week, I signed an order to change the organizational structure of our University Clinic. Chief Medical Officer, who is now also deputy rector, will oversee all clinical activities at KFU. That is, the University Clinic itself, the research clinic on Volkov Street, and the upcoming dental clinic set to open before the end of this year.”

Almir Abashev thanked the team, Rector Gafurov, and the government for ongoing support in the big changes that the Clinic has gone through in the past years.

Sergey Osipov, in his turn, said, “I think that we can work together and solve problems in a cordial manner. I want to stipulate the Chief Medical Officer’s door is open for everyone who wants to talk.”

Candidate of Science (PhD) in Medicine.