Rector met with Archbishop (Metropolitan) of Kazan and Tatarstan Kirill 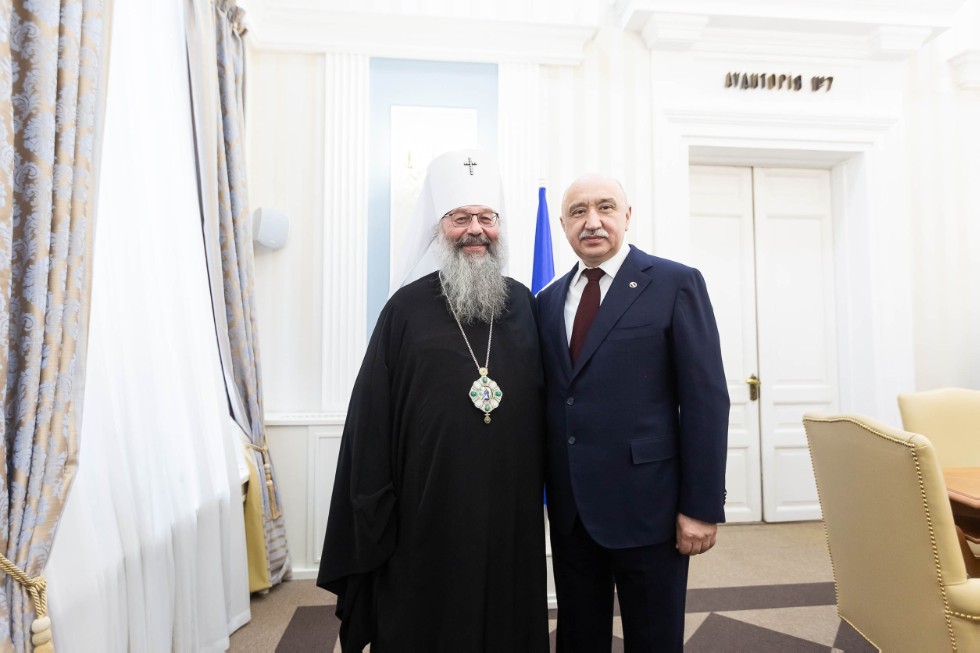 This was their first talk after Kirill had been appointed for the new position.

After being escorted through University museums, Kirill joined Rector Ilshat Gafurov along with Vice-Rector of Kazan Eastern Orthodox Seminary Aleksei Kolcherin, Counsellor to the Rector of KFU Linar Latypov, and Director of the Institute of Social and Philosophical Sciences Mikhail Schelkunov.

Rector Gafurov noted that the University had a long and fruitful history of cooperation with religious institutions before the October Revolution of 1917 and seeks to expand such cooperation nowadays.

Among the ongoing links with religious educational entities are inviting theologians to lecture at Kazan University, involving clerics into major educational and scientific events, holding meetings of the Archbishop with students, and others.

The two sides marked further steps in various areas of collaboration, including joint efforts on the platform of KFU’s Research and Education Center in Theology.

Keywords: Archbishop of Kazan and Tatarstan