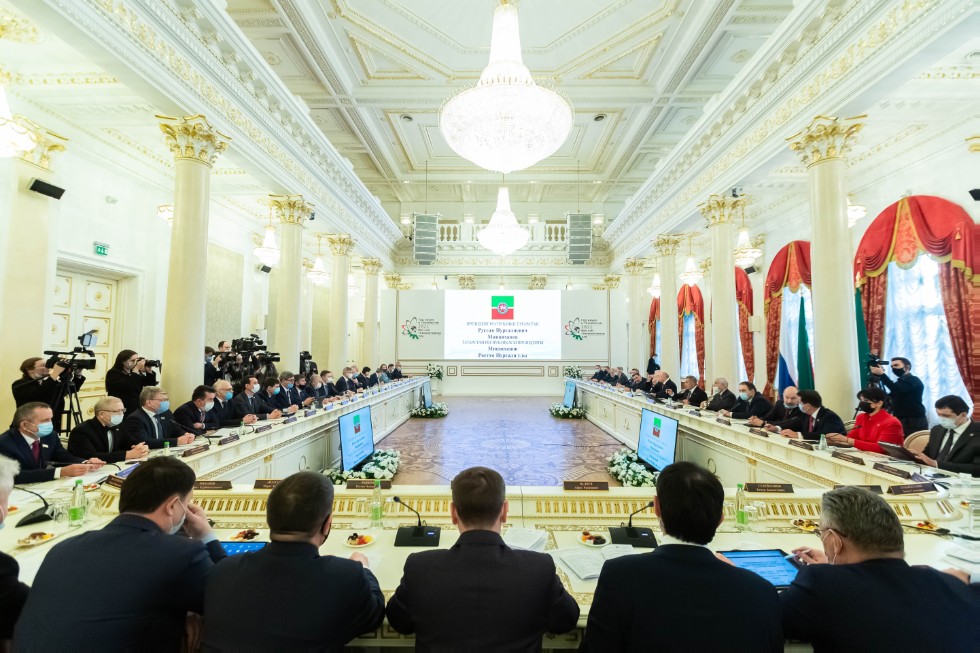 The meeting was held at Kazan City Hall on 8 February, on Russian Science Day.

Rector Ilshat Gafurov was one of the contributors of the convention. He spoke about international rankings and how local universities are represented in them. Apart from KFU, only two other universities – Kazan National Research Technical University and Kazan National Research Technological University – can be found in major international rankings.

At the provincial level, Tatarstan is one the federal subjects with fast growth in publication databases. From 2015 to 2019, the number of Scopus-indexed publications in Tatarstan increased by 62%.

The Rector then touched on the problem of technological transfer. He also mentioned that productivity indicators of Tatarstani universities seem to have reached a plateau. The growth is possible if new research areas are introduced and marketable products created.

As one step towards that, Ilshat Gafurov suggested a tighter integration between local universities in Tatarstan to solve existing problems. Consortia of universities, businesses and other entities must be established under the guidance of governmental agencies. Another platform for integration is an upcoming technology park set to be opened at Kazan Expo.

Rector Gafurov proposed to adopt programs in the most cutting-edge disciplines pertaining to sustainable development and quality of life.

President of Tatarstan Rustam Minnikhanov emphasized that the academia should put efforts into interdisciplinary cooperation and real economy.

Photos: Kseniya Bogdanova, Office of the President of Tatarstan

Keywords: Council on Education and Science