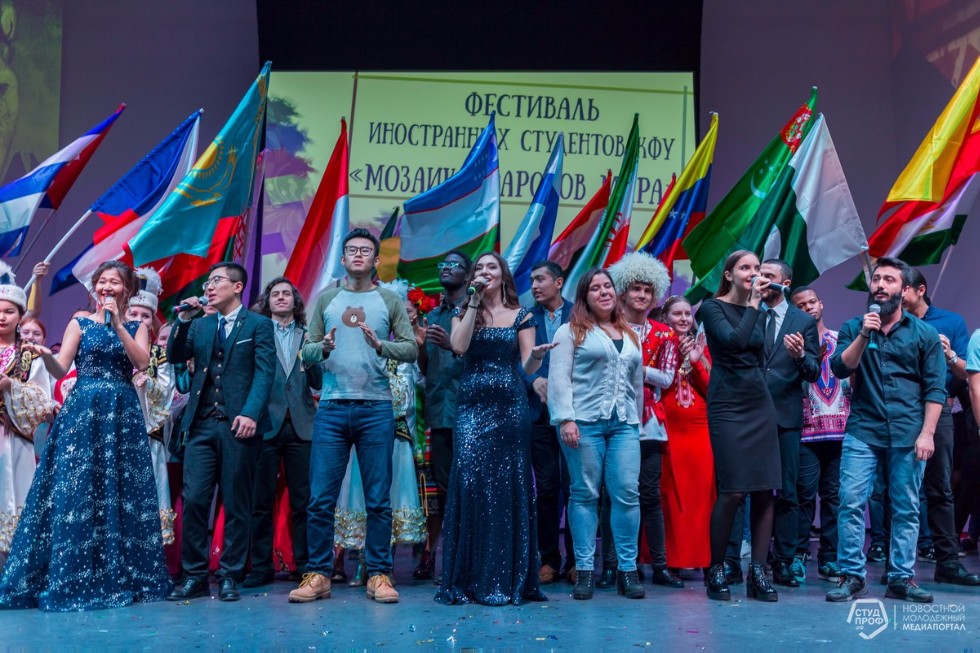 Festival of International Students was one of the events of the celebration of the University's 213th birthday.

Over 5,300 international students from 84 countrie are studying at KFU right now, and the number grows every year.

From October 25th to November 16th, Association of Students of the Universiade Village and International Friendship Club hosted a festival called “Mosaic of Nations”. The festival included cuisine presentations, sports, trivia contests, and a final gala on November 16th.

The spectators were greeted by Vice-Rector for International Relations Linar Latypov, Vice-Rector for Social Work and Student Affairs Arif Mezhvedilov, and President of the League of Students of Tatarstan Elkin Iskenderov.

In particular, Dr. Mezhvedilov said, “The University's work is multifaceted. KFU gives special attention to every international student and strives to provide maximum comfort in education and accommodation. Take from Kazan University everything that is best, necessary, and virtuous.”

The evening included announcements of results of various competitions which had been held, such as cooking, table tennis, futsal, and chess. An agility quest was organized with tug-of-war, Uzbek hat putting contest, Kazakh dice, and other ethnic amusements.

Apart from that, awards were given to winners of intellectual games – Trivia Quiz, What? Where? When?, and Jeopardy.