KFU represented on Week of Russian education in Uzbekistan 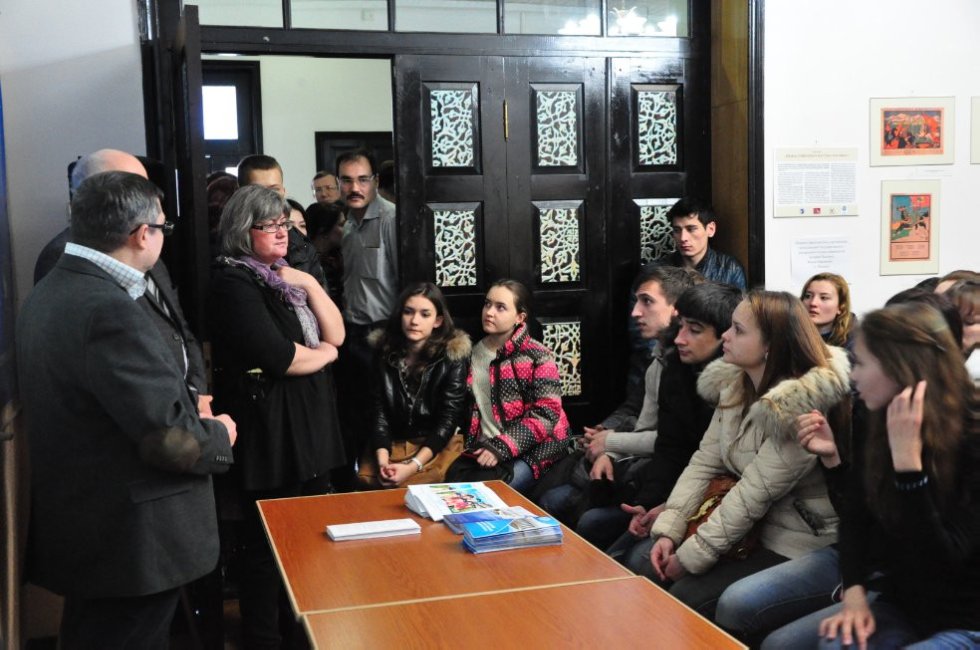 In the framework of Week of Russian education, that is carried out annually by the Russian Centre of Science and Culture in Uzbekistan, Kazan Federal University was also presented. Exe­cutive secretary of the Admission Office Sergey Ionenko told the Uzbekistan school-leavers about the opportunities of entering KFU. Deputy Director of KFU branch in Elabuga Airat Kaviev answered all the questions concerning study in KFU branches.

In comparison with the last year geography of KFU presentations was substantially expanded: this year they were made not only in Tashkent, but also in Fergana, Namangan, Samarkand and Nukus – the capital of Karakalpakstan. More than 600 school-leavers and their parents participated in ten meetings.

Representatives of Tatar diaspora also spread information about academic programs of Kazan University in each town. School-leavers and their parents from Tashkent were mostly interested in KFU, so a series of meetings was organized in the Russian Centre of Science and Culture.

Due to big amount of school-leavers who want to enter KFU, this year entrance examinations will also be organized in Uzbekistan cities. To realize this KFU delegation agreed with representatives of centers of Russian language and culture.

For information: Currently 122 Uzbekistan citizens study in KFU, education of 74 students is  financed by the Russian Federation budget, and the rest of them pay for education themselves.﻿