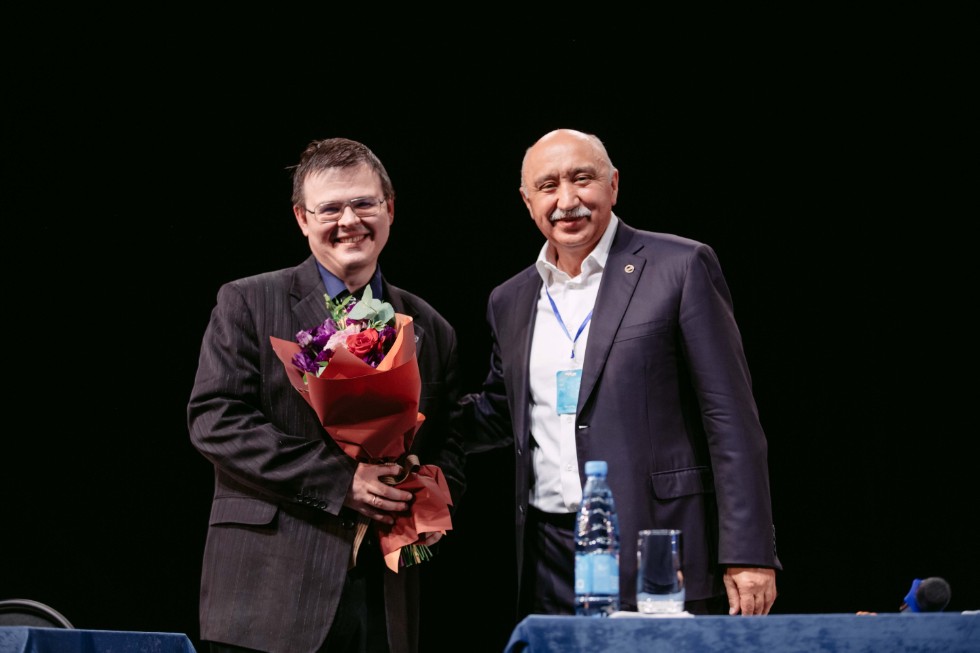 The meeting was held by Rector Ilshat Gafurov on 16 October.

The Rector mentioned that outgoing Director Vladimir Galkin had decided to step down after having run the Institute for 22 years. He’ll continue as Chair of the Department of High Molecular and Organoelement Compounds. Dr. Gafurov noted that Vladimir Galkin developed the Institute during very trying times and has succeeded.

Ivan Stoikov, Professor of the Department of Organic Chemistry, was chosen to assume the post. He will serve as an appointee for one year and then go through election.

While wishing best of luck to the new administrator, Rector Gafurov emphasized, “The Institute undertakes immense work in fundamental research. This has cemented its position as one of the leaders in science as of now. But there is a need to put more focus on applied tasks,” he said.

Фотография из материала: Ivan Stoikov introduced to team as Director of the Institute of Chemistry