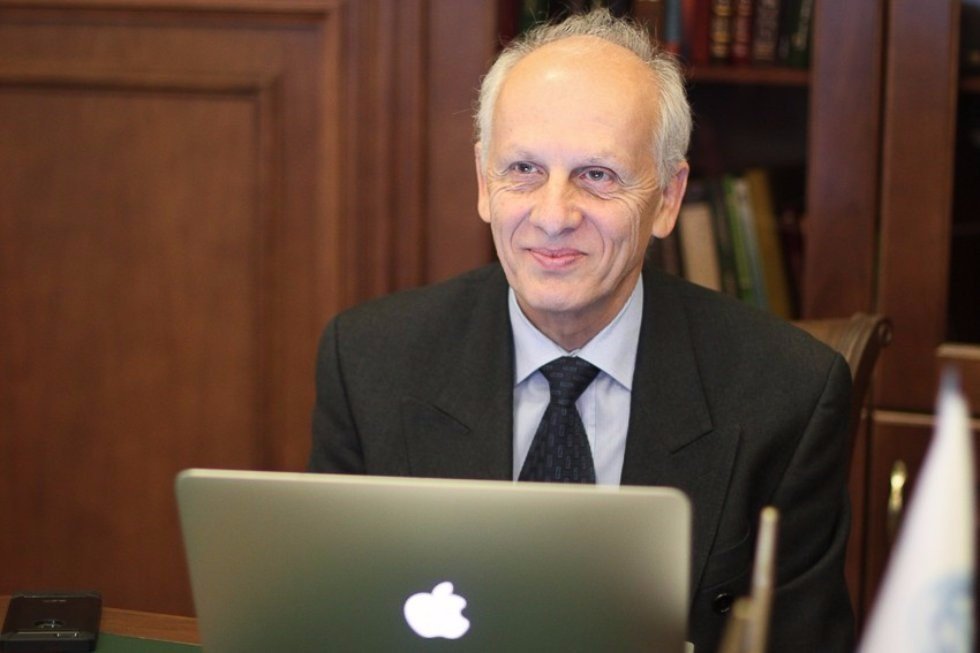 The renowned expert visited KFU within the framework of the support program administered by BP Exploration Operating Company Limited.

Dr. Salmi has been one of the leading education development professionals in the world for a while now, in particular in his capacity as the coordinator of the World Bank’s network of experts in tertiary education. In the last 20 years he has consulted over 80 governments in the fields of education economy and foresight. He is a member of a number of university boards, among them the International Scientific Council of Kazan University.

On Feb. 11tth our guest toured the labs of the Institute of Physics and the Institute of Chemistry. He noted that adhering to interdisciplinary approach definitely helps the advancement of Kazan University in international rankings. He added that the participation in Project 5-100 is a good way to further enhance the University’s strengths.

In the morning of Feb. 12th Dr. Salmi proceeded to meet Rector Ilshat Gafurov. The visitor expressed his delight with what he saw during his excursion and asked the Rector about how the University manages to achieve current results and transfer its work to the industry. Dr. Gafurov answered that industrial giants are now interested in financing research instead of buying overseas technologies – the change that was especially bolstered by the recent straining of economic relations between Russia and Western countries.

The Rector further explained that the Institute of Engineering acts as the coordinator of engineering research at all the institutes and administers several pilot production lines. Chemists and medical researchers follow suit. Thus the University gradually becomes a welcome partner for the industry. Jamil Salmi called this a matrix-type management system and opined that it is pretty efficient.

Later that morning Dr. Salmi presented his open lecture on future universities. He touched upon many current developments that will dominate in the nearest future, such as gadget-based teaching, AI-assisted performance testing, students’ participation in executive bodies of universities, grading the salaries of academics based on their rating among students, etc. He said that the main competencies that will become crucial for personal success are curiosity, initiative, persistence, adaptability, leadership, and ethical awareness. Today’s alumni, said he, will change approximately ten occupations during their lifetime, so it’s entirely possible that education diplomas will soon have their official expiration dates.

Finally, the afternoon of Feb. 12th was marked by a roundtable where Dr. Salmi covered the current situation with educational rankings, gave some case studies and his personal advice on how to progress in such a dynamic environment. He said that it’s very important to find unique strengths because it’s very difficult to succeed in everything at once. Dr. Salmi also shared his outlook on the differences between American and European universities and gave advice on how to tackle the specifics of Russian education in order to raise global awareness about a university.