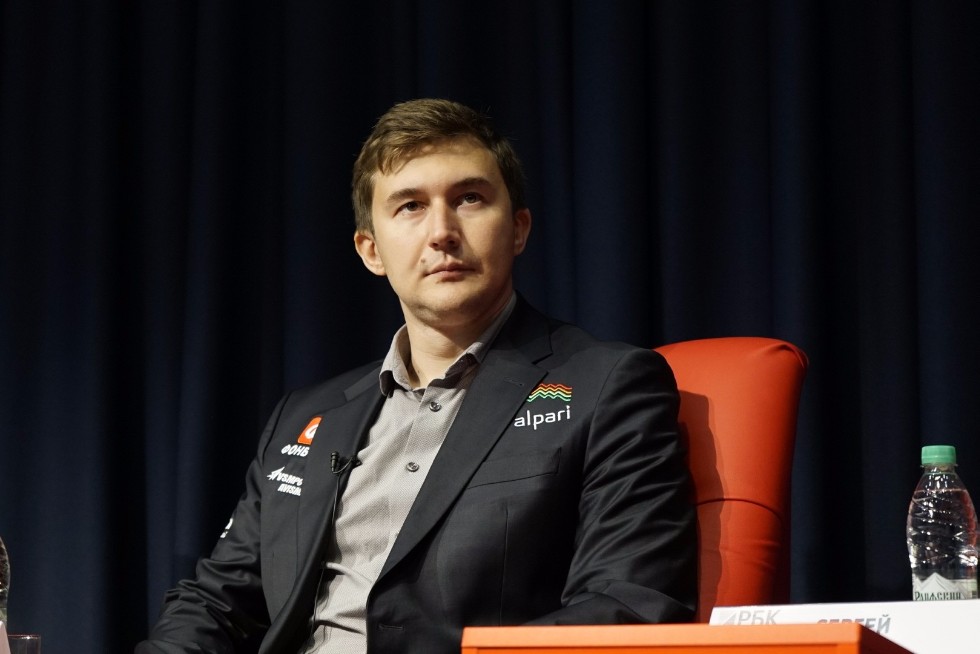 The 27-year-old grandmaster stopped at KFU during his one-day trip to Kazan on September 26th.

The visit is arranged by Alpari Charitable Fund; the guest himself commented on his Instagram account, “Today I'm going to meet the fund's target group – hundreds of children in disadvantaged circumstances. I want to talk with them about will to win, persistence and self-development. Of course, we will play chess.”

During his press conference at KFU, Mr. Karjakin opined that much is being done for chess in Tatarstan, including contributions made by former vice-champion of the world Alisa Galliamova, “There are positive developments in chess in Tatarstan. There is a feeling, however, that chess here needs more drive and emotions. Maybe it makes sense to enter the Chess in School program supported by Vladimir Putin. I sincerely hope that it will be adopted here.”

This is not his first visit to Kazan, moreover, the champion's spouse Galiya Kamalova is of Tatar ethnicity. He said that she has shown him some fine specimens of local cuisine, of which he especially loved triangles and chak-chak.

The champion confessed that his family, wife and two sons, is his true inspiration, and lamented about his busy schedule not allowing him to spend more time with them. Furthermore, he admitted that his performance has dropped lately, and promised to work hard to improve it. His training routine, apart from chess, includes time in a gym and a swimming pool.

On the Olympic prospects of chess Karjakin commented that they are very unclear. On his own prospects – that he plans to switch to a coaching job or a public governance career in about 15 years.

He started playing chess at five, but says that it won't hurt to start at as early as three years. The important thing is to not pressure a child and incrementally attract him to the game.

After the meeting the champion gave autographs and took photos with the elated public. He also agreed to visit Rashid Nezhmetdinov Chess School during his next visit to Kazan.