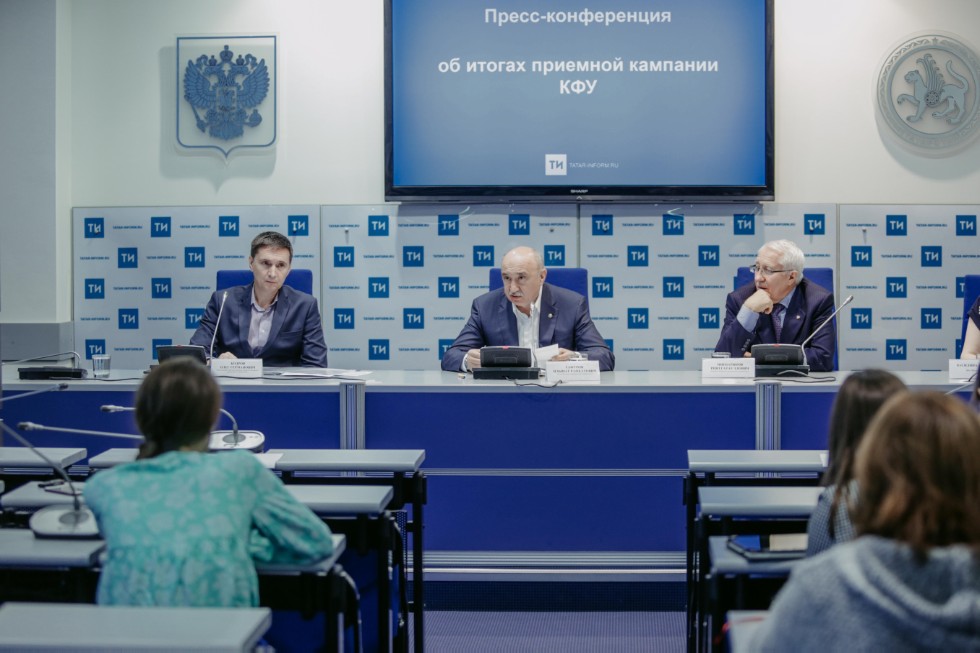 A press conference was held on 4th September.

This year, 5,345 vacancies were filled on a state-funded tuition basis, and 6,704 more are expected to be occupied by self-funded students. As of 29th August 2019, 6,034 international students applied, and over 2,500 are expected to enroll. The last batch of overseas students will be admitted on 14th September. The first three countries of origin by the number of enrollees are China, Iraq, and Turkey.

Speaking about the best Unified Exam performers, there are 94 freshmen who scored 100 in one or more subjects this year. 37 national contest winners in various subjects also chose KFU as their alma mater.

“The state is interested in creating high-tech industrial facilities, and we are tasked with providing qualified personnel – a task that we fulfil. The industry must offer adequate labor conditions for qualified workers,” said Dr. Gafurov.

140 freshmen were admitted on a special quota for the Ministry of Education and Science of Tatarstan. They will become multilingual teachers and fill the ranks of local school staff.

Overall, more than 77,000 applications were registered during this admission campaign. There is a steady growth of interest from both national and overseas applicants.