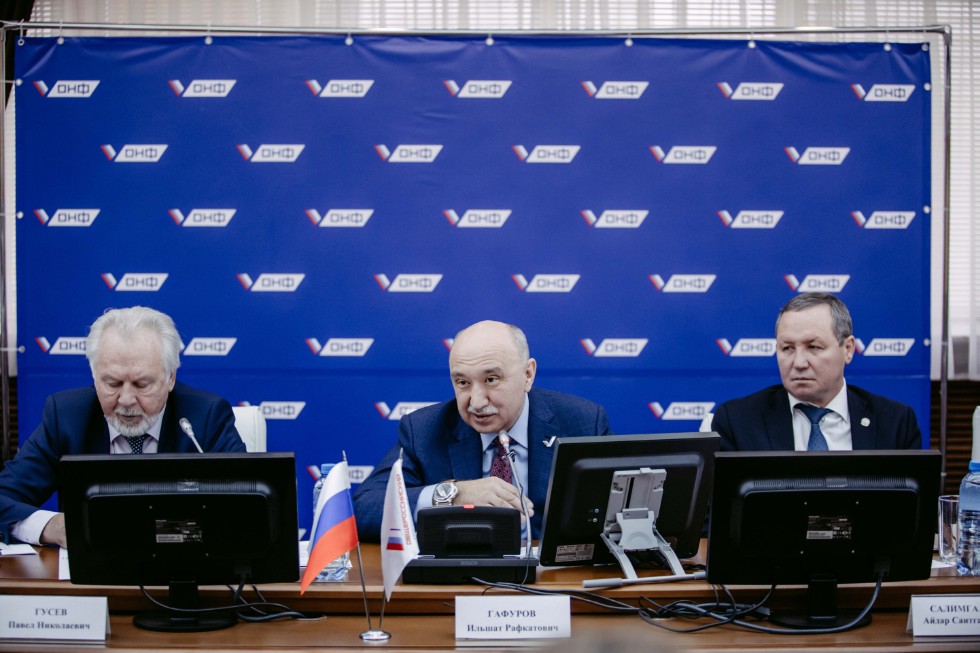 The meeting was headed by Co-Chairman of ARPF in Tatarstan, Rector of Kazan Federal University Ilshat Gafurov on 18th February.

The congress was conducted at the same time with the 6th National Prize “Truth and Justice” – a journalism contest held by the All-Russia People’s Front. Among the other persons who visited the forum were Chief Editor of Moskovky Komsolomets newspaper Pavel Gusev, Deputy Chairperson of the Executive Committee of the All-Russia People’s Front Irina Pleschyova, Head of Tatarstan Media Agency Aydar Salimgaraev, Executive Director of the Truth and Justice Foundation Guzel Khayretdinova, and others.

Pavel Gusev and Aydar Salimgaraev addressed the audience, as did Rector Gafurov. In particular, he said, “The journalism education at Kazan University is 58 years old. However, it had been teaching media professionals long before that. In 1811, the first even Kazanian newspaper, Kazanskiye Izvestiya, started its history here.”

Currently, the Higher School of Journalism and Media Communication of Kazan University is a home for over 1,500 students. He noted that the most important professional duties of today’s journalists are strict discipline, adhering to the high-quality and verifiable information, enlightening the population, and maintaining constructive conversations with the audience.

A master class was then given by Pavel Gusev. He touched on print media, blogging, and emerging media. “Rector Gafurov made a number of proposals about organizing creative workshops,” he said. “I think we can do that at Kazan University. I will help you personally and as the Chairman of the Union of Journalists. If we don’t reorganize our work with the audience, with young journalists, and with the faculty, we will be lagging behind.”

After that, the guest toured KFU’s media facilities with Rector Gafurov, Director of the Higher School of Journalism Leonid Tolchinsky, and Director of Univer TV Ildar Karimov.

Pavel Gusev then commented, “I think the main thing is the practical participation of journalists and media managers in live communication. The studios that I’ve seen are all very different, very surprising, and professionally maintained. They are ready to be used by young people. And the TV content that you make has an audience. I’m certain that you graduate real professionals.”