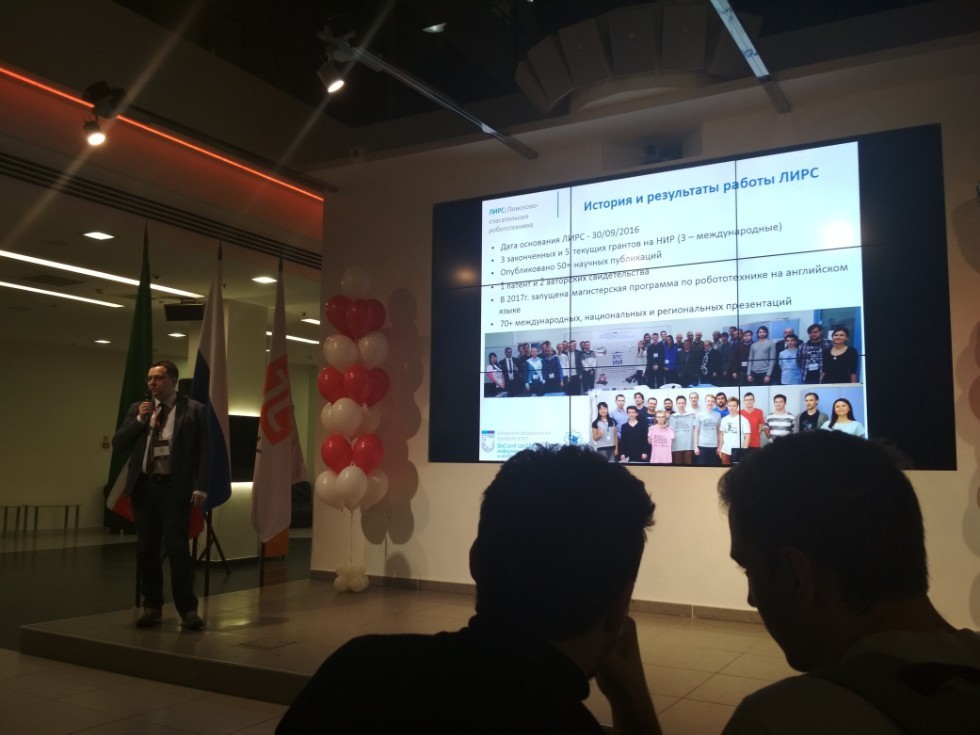 From 23 to 25 November Kazan Startup Weekend is held in the IT-Park of Kazan for the 5th time. The purpose of the event is to attract successful cooperation and experience exchange of technology entrepreneurs, foreign partners, large IT-companies, representatives of business incubators and accelerators and investors.

Experts from the most famous IT companies of the country and the world gathered together at the IT-Park. As in previous years, these are useful acquaintances, hackathons, master classes, discussions with the stars of the IT industry, lobbies, conversations and making deals with investors. Over 4 years startups have raised more than $2 million at Kazan Startup Weekend.

Participants of Kazan Startup Weekend were welcomed by Deputy Prime Minister of the Republic of Tatarstan, the Head of the Ministry of communications of the Republic Roman Shaikhutdinov. He called on startups to develop their projects in Tatarstan.

Among the invited speakers was the Head of the Laboratory of intelligent robotic systems (LIRS) professor of the Higher Institute of Information Technologies and Intelligent Systems (ITIS) Evgeni Magid with a visionary lecture “How robots will save people during the elimination of natural and man-made disasters”.

Professor Evgeni Magid: "The event was perfectly organized, volunteers from the Higher Institute of ITIS worked well, and my lecture gathered full audience. As always, I tried to conduct the lecture in an interactive mode, asked questions to the audience, we discussed and exchanged jokes on the topic of robotics of the future. Together with the audience, we reviewed the current state of robotics, with an emphasis on the search and rescue use of various robots, discussed the prospects for its development and the need to get an education in the field of robotics. It was especially pleasant to see among the audience several of my former students and familiar teachers, with whom we had a warm conversation after the lecture. At the end of the lecture, I asked the audience to raise their hands if their specialty is related to IT or technical disciplines, and was surprised that only a small part of the audience raised their hands. In conclusion I talked about our master's program in intelligent robotics and asked a question: "When robots replace from 50 to 95 percent of the professions, what to do with people left without work?". And the audience responded in unison: "Retrain for robotics!". It seems to me that today's young people are much better versed in trends, are able to set ambitious goals and achieve them, and are more adapted to the constant dynamics of life than the average person of my generation did at their age. Make way for the young folks!».

After the event the experts visited the Higher Institute of ITIS, where its Director Ayrat Khasyanov spoke about the Institute's IT projects. The guests visited several laboratories of ITIS. Great interest was aroused by the LIRS, where professor Evgeni Magid showed robots and told about the projects of employees and students, including projects on group interaction of robots, search and rescue and industrial robotics, development of interfaces and control systems, automation of the functionality of ground robots and robosoccer. Evgeni emphasized that robotics is an area where the results of applied use of modern scientific achievements are obtained not in a few months of rapid work, but through long-term meticulous work of a large team that requires discipline, attention, responsibility, diligence, careful modeling, verification and validation in real conditions. Ksenia Shabalina, a master degree student in “Intelligent robotics” master’s program at the Higher Institute of ITIS, presented her project on modeling the control system of the Russian Unior robot car in the ROS/Gazebo simulator, which will then be tested on a real robot at the Laboratory. Ksenia also told about the projects of two undergraduate students, who are studying the work of the Unior robot car and its onboard sensors, developing algorithms for navigation and image recognition under her guidance.