LIRS presented papers at the International Conference on Electromechanics and Robotics in St. Petersburg 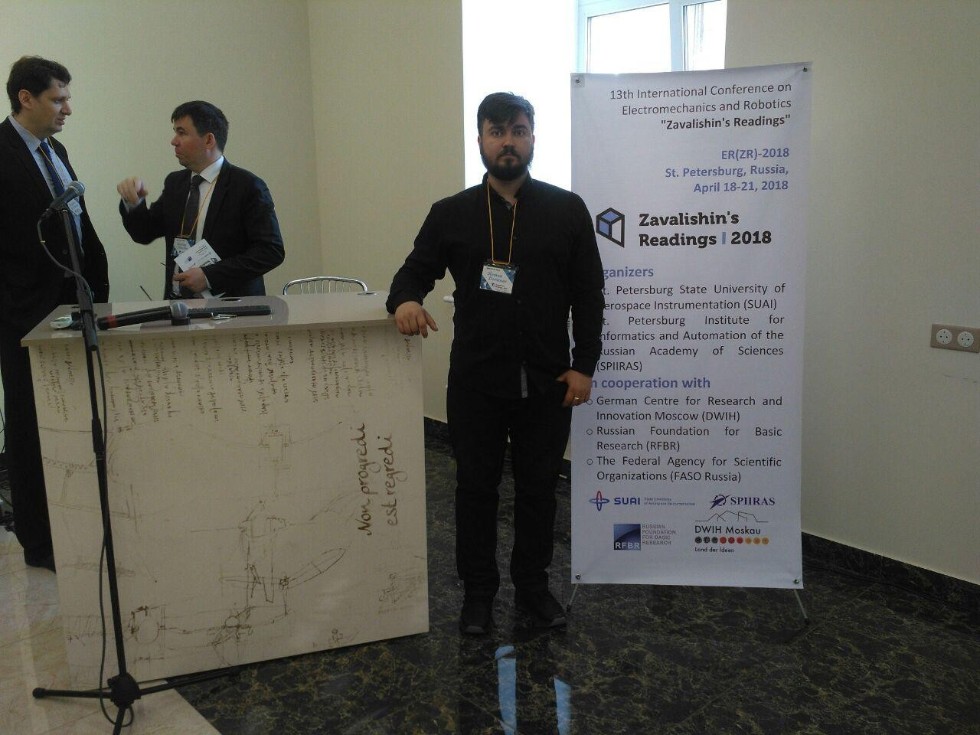 On April 18-21, 2018, the XIII International Conference on Electromechanics and Robotics “Zavalishin’s Readings" is being held on the basis of the St. Petersburg State University of Aerospace Instrumentation (SUAI).

The conference was created in honor of Dmitry Zavalishin (1900-1968), a Russian scientist, corresponding member of the USSR Academy of Sciences, Professor, Doctor of Technical Sciences, Honored Worker of Science and Technology of the RSFSR, founder of a new scientific direction engaged in the creation of electric valve systems based on the synthesis of electric machines and electronic and semiconductor energy converters.

The aim of the conference is to exchange information and results of research work of scientific and pedagogical workers, young scientists, postgraduates, applicants and students in the field of automated control systems, technical physics, electromechanics, electric power engineering, electrical engineering, mechatronics, robotics and management in the electric power industry.

The conference is organized by the SUAI in cooperation with the St. Petersburg Institute of Informatics and Automation of the Russian Academy of Sciences (SPIIRAS).

Roman Lavrenov shared us his comment about the conference:

"This is an international conference on the robotics issue. The conference is attended by representatives of leading universities in Europe and Asia. The speakers gave talks on the problems of human-robot interaction, robots in the automation of agriculture and warehouse work and talked about automation algorithms and hardware components of robots.

I can note the high level of organization of the event and the conference itself, since the papers will be indexed in the Scopus and Thomson Reuters (Web of Science) databases.