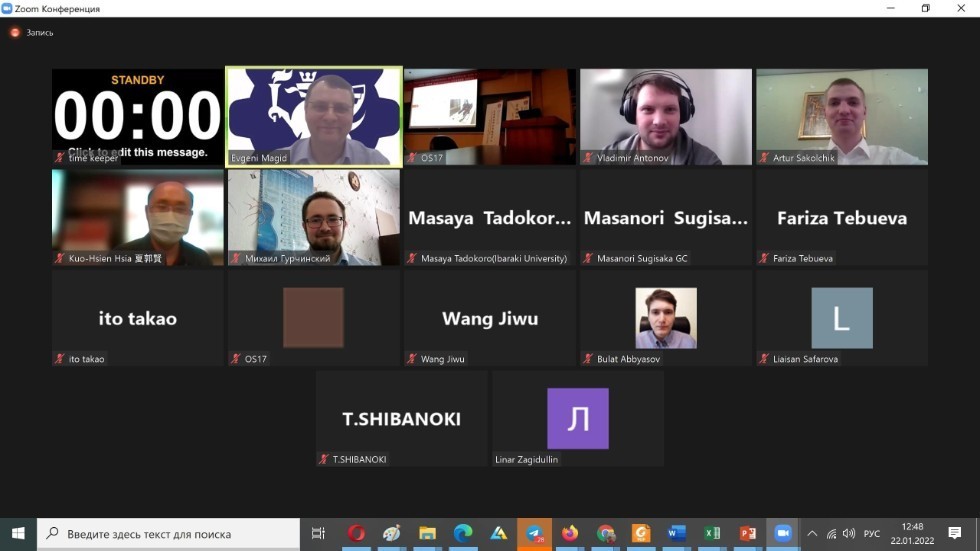 The International Conference on Artificial Life and Robotics (ICAROB 2022) was held from January 20 to 23, 2022 in a remote format due to the сurrent epidemiological situation in the world and restrictions on international travel. The purpose of the conference is to engage professors and researchers in a fruitful discussion of new developments and key issues in the field of artificial life and robotics.

Employees and students of the Laboratory of Intelligent Robotic Systems (LIRS) of the Institute of Information Technology and Intelligent Systems (ITIS) of Kazan Federal University (KFU) prepared and presented a number of scientific reports:

The work was carried out in collaboration with leading foreign scientists in the field of robotics from universities: Ritsumeikan University, Autonomous University of Ciudad Juarez, Institute of Control Problems. V. A. Trapeznikova of the Russian Academy of Sciences, Yunlin County National University of Science and Technology and Shanghai Jao Tong University.

Professor of the Department of Intelligent Robotics Evgeni Magid acted as the Chair of the OS-17 section, in which the works were presented. Articles will be indexed in the Scopus and Web of Science science citation databases.