An employee of the Laboratory of intelligent robotic systems was awarded a grant at the X Republican Youth Forum "Our Tatarstan. A territory of opportunities"
Main page \ Academic Units \ Physics, Mathematics and IT \ Institute of Information Technology and Intelligent Systems \ Research \ Laboratory of Intelligent Robotic Systems \ News

An employee of the Laboratory of intelligent robotic systems was awarded a grant at the X Republican Youth Forum "Our Tatarstan. A territory of opportunities" 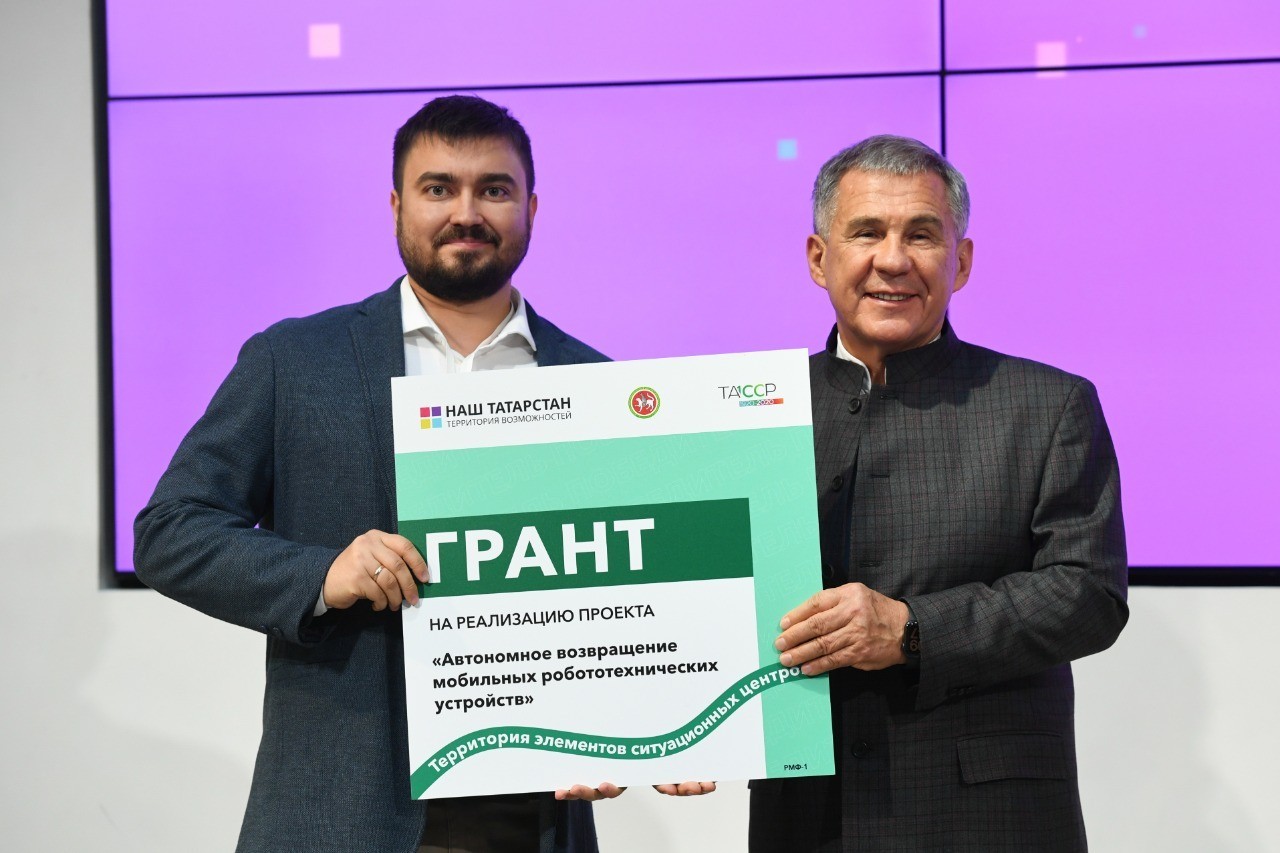 X Republican Forum "Our Tatarstan. A territory of opportunities" is held on December 1-2, 2020 in the IT- Park, Kazan.

On December 1, the opening ceremony and awarding of the forum winners took place. An employee of the Laboratory of intelligent robotic systems (LIRS) of the Institute of Information Technology and Intelligent Systems (ITIS) of Kazan Federal University and a senior teacher Roman Lavrenov took part in the forum and was personally awarded a grant by the President of the Republic of Tatarstan Rustam Minnikhanov for the project "The return of autonomous mobile robots" within the section "A territory of elements of situational centers". The idea of the project is to combine an algorithm for constructing an optimal spline path and methods of autonomous return. During the forum the LIRS mount aroused great interest and was appreciated by the rector of KFU Ilshat Gafurov.

"I took part in this forum on the recommendation of the Research Activities Department of KFU after winning the competition for the incentive payment of the rector of KFU for young scientists. The idea of the project is also the basis of my Candidate thesis, which I am defending soon. This is a youth forum and there were both schoolchildren and students among the participants, so I felt a little old for this competition (I am 29 years old). But I am glad that the project aroused interest and even became a winner on the forum. I believe that there are many different support programs for young people, especially for those, whose interest is directed to scientific research. The main thing is not to be lazy, send applications and participate. I was very pleased to receive a grant from the President of the Republic," Roman Lavrenov shared his impressions after the event.

The amount of the received grant is still being specified by the competition organizers.

In the KFU news