The Department of Theory of Functions and Approximations of Kazan Federal University was founded on the basis of the Mechanics and Mathematics Faculty of KSU in April 1988. It was initiated and permanently headed for the first twenty years by Doctor of Physical and Mathematical sciences, Professor, Corresponding Member of the Academy of Sciences of Tatarstan B.G. Gabdulkhaev.  Since April 2008 Doctor of Physical and Mathematical sciences, Professor F.G. Avkhadiev has been in charge of the department.

The establishment of the department resulted from the need to enhance the academic process in computational mathematics. The Department was responsible for such courses as “Numerical Methods”, “Methods of Optimization”, “Computer Science”, special  courses in the general theory of approximate methods of analysis, constructive theory of functions, fractional differentiation and integration, data bases, approximate methods for solving various classes of integral and differential equations,  extreme  problems of theory of functions, IT  and its applications. Professionals in the corresponding fields of maths have become the academic/teaching staff.

The department lecturers base their research work on the achievements of outstanding Russian and foreign mathematicians. Their work was strongly influenced by the results obtained by such great mathematicians as P.L. Chebyshev and Nobel Laureate L.V. Kantorovich. It should be noted that Kazan School of Functions Theory was set up due to Professor B.M. Gagaev, who educated more than 50 scholars, including B.G. Gabdulkhaev.

There are 16 employees at the department, 11 of them are academic/teaching staff and 5 of them are support staff. The Department of Theory of Functions and Approximations   teaches students in all academic directions of the Institute of Mathematics and Mechanics. There are two computer labs functioning at the department. Postgraduate study is available in the following specializations: 01.01.01 (real, complex and functional analysis) and 01.01.02 (differential equations, dynamical systems and optimal control).

At present scientific research of the department is connected with the theory of approximation and its applications, the problems of geometric functions theory, boundary problems of analytic functions, convolution equations theory and IT directions.

In 2009 the Research and Educational Center "Extreme  problems  of complex analysis" was established on the basis of our department. The research work of the department is carried out in the context of the Russian Federation grants, as well as according to the academic staff initiative to try new directions and engage students in the scientific work on the acute problems of mathematics and computer science.

The academic/teaching staff of the department have close connections with many universities and research institutions of Kazan and other Russian cities and  with foreign scientists (from Germany, England, Bulgaria, Ukraine, Kazakhstan and other countries).

You can get more information about the department in the relevant sections of this site. 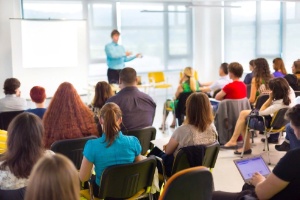 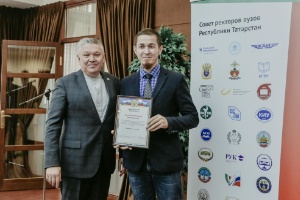