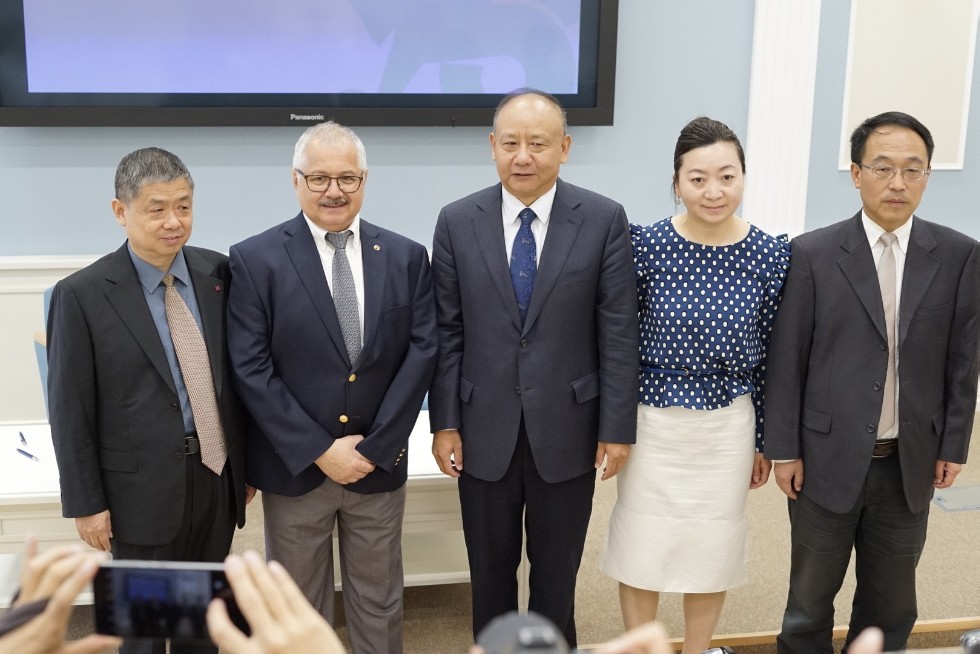 On Sunday, the guests toured Kazan University and its dorm district – the Universiade Village. The latter left an especially favorable impression; the visitors had high praise both for the living quarters and the social infrastructure, such as sports, recreation and culture facilities.

On 30th July, the delegation met with Vice-Rector Linar Latypov. He spoke about Sinology at KFU and noted that the number of Chinese students will reach a thousand during this coming academic year.

Dean of Beijing Union University Li Xuewei said, “What we saw yesterday at Kazan University, the beauty of your campuses have left us deeply impressed. We understand that Kazan Federal University is one of the leading universities in Russia and in the world. Russia and China have much in common. Hopefully, our universities will exchange students and academics and cooperate fruitfully.”

The sides then signed a cooperation agreement. The other two such documents followed: with Beijing Jiaotong University (represented by Vice-Rector Zhang Xingchen) and Nanjing Institute of Railway Technology (represented by Party Committee Secretary Qian Jikui).