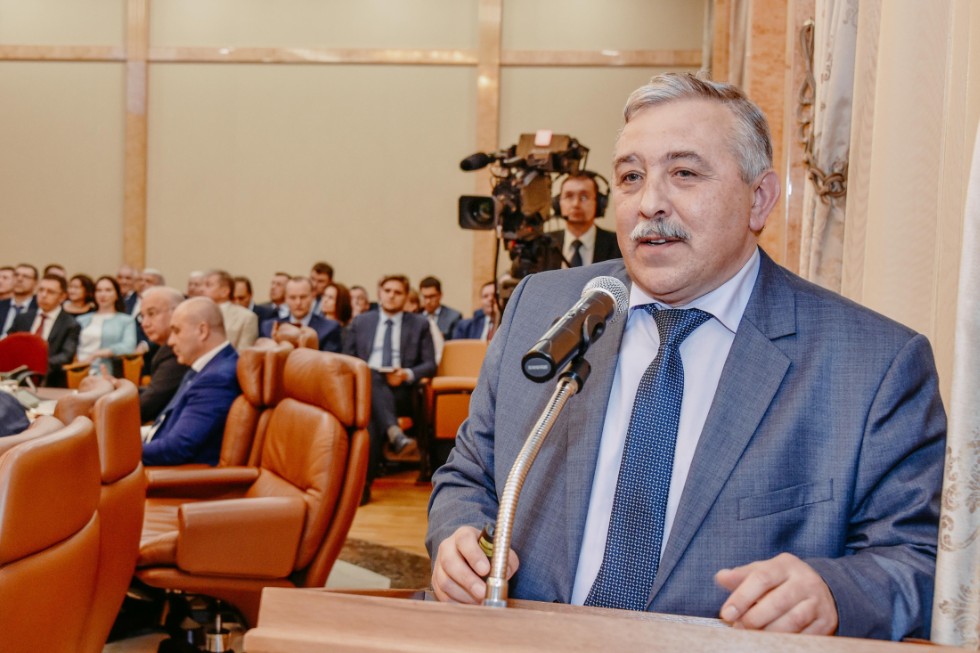 An annual shareholder meeting was held on 23rd May with participation from Kazan University.

One of them was Yury Shtyrlin, Director of the KFU Pharmaceutics Center. He commented that cancer medications are one of the most sought out today and dispelled the myth that the necessary research is prohibitively expensive. Meanwhile, the Pharmaceutics Center is ready to start testing on several breakthrough candidate drugs. The two in the most advanced stages of development are codenamed KFU-01 and KFU-02.

Codename KFU-01 is a dipharmacophore, i. e. a framework of two active components – pyridoxine and naproxen - which work in tandem after getting into the organism. The compound has shown significant advantages over all existing analogs in treating locomotor ailments. The double-phase pharmacokinetics provides anti-inflammatory effects for up to 24 hours.

Codename KFU-02 is a platform technology based on a reuptake inhibitor aimed at boosting the effectiveness of tumor treatment without chemotherapy. Combined with doxorubicin, KFU-02 showed significant inhibition of tumor growth on a mouse xenograft model of breast cancer.

Both projects were awarded at the 47th International Exhibition of Inventions in Geneva.

After the report, President Minnikhanov instructed the Investment Holding to find an opportunity to invest in the project.