The Department of World Literature 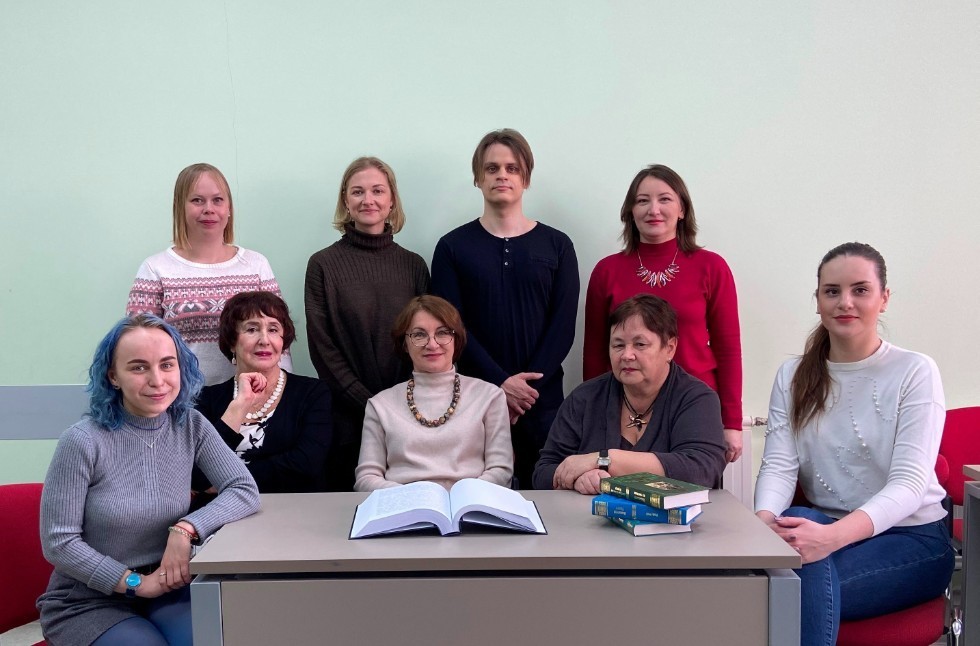 Professors of the Department teach a number of special philological subjects mostly concerning world literature, its history and methods of teaching at school and university as well as the history of world art, translation studies, etc. Training takes place in two languages: Russian and English.

Professors of the Department also teach literary and art criticism disciplines in the whole Institute of Philology and Intercultural Communication and other institutes of KFU, including the Institute of International Relations, the Institute of Social and Philosophical Sciences and Mass Communications, etc. Members of the department have developed an English language training program for the Cabinet of Ministers of the Republic of Tatarstan.

The Department provides programs of Bachelor and Master Degrees as well as PhD and Post-Doctoral studies in World Literature.

There are 11 members of the Department, including 9 professors with different academic degrees.

Today the Department of World Literature consists of highly qualified specialists in American Studies professors V. Shamina, O. Nesmelova, assistant professor A. Melikhov, senior lecturer I. Shchepacheva; specialists in British Studies professor L. Khabibullina, associated professors Z. Zinnatullina, A. Vafina , E. Zueva, senior lecturer A. Shevchenko. Many of them are the members of different professional associations and societies, such as European Association for American Studies, Russian Association of Teachers of English Literature and others.

The major research field of the Department's scholars is the Phenomenon of Cultural Borders in Literature and Art.

The Department holds meetings of the scientific student society Literature in the Context of Other Forms of Arts (in collaboration with the Department of Russian Literature and Methods of its Teaching).