Scientific fields and results of the department 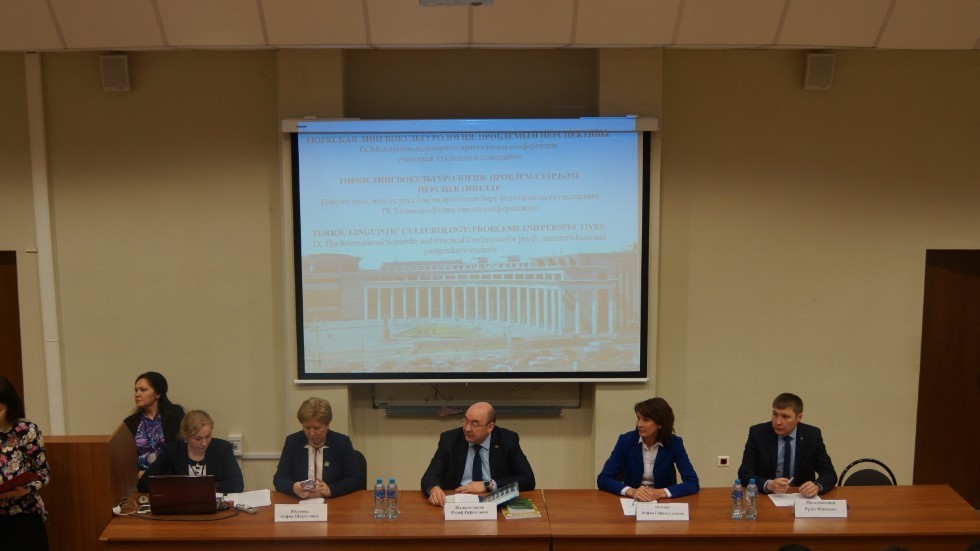 Within the framework of the main scientific field of Institute of Philology and Intercultural Communication of KFU "Language and cultural identity in a polyethnic space" and the Gabdulla Tukay Higher School of National Culture and Education of General Linguistics and Turkology  "Evolution of linguistic and cultural identity of the Tatars and Turkic peoples" at the department conduct studies on the following topics:

"Linguistic Aspects of Identity Research of Turks and Peoples of the Volga Region".

These topics are aimed at a comprehensive study of the problems of language and culture of the Tatar and Turkic peoples, and the peoples of the Volga region as a whole, their preservation and development in modern conditions. The relevance of the problems being studied is determined by the attention of modern world science to interdisciplinary research.

Department of General Linguistics and Turkology organizes a number of traditional conferences and seminars, in particular:

- International scientific and methodological online seminar "Improving the methodology of teaching languages: a platform for the exchange of progressive practice" (February, held since 2017)

- International scientific and practical conference "Preservation and development of native languages ​​in a multinational state: problems and prospects" (October, November 2017)