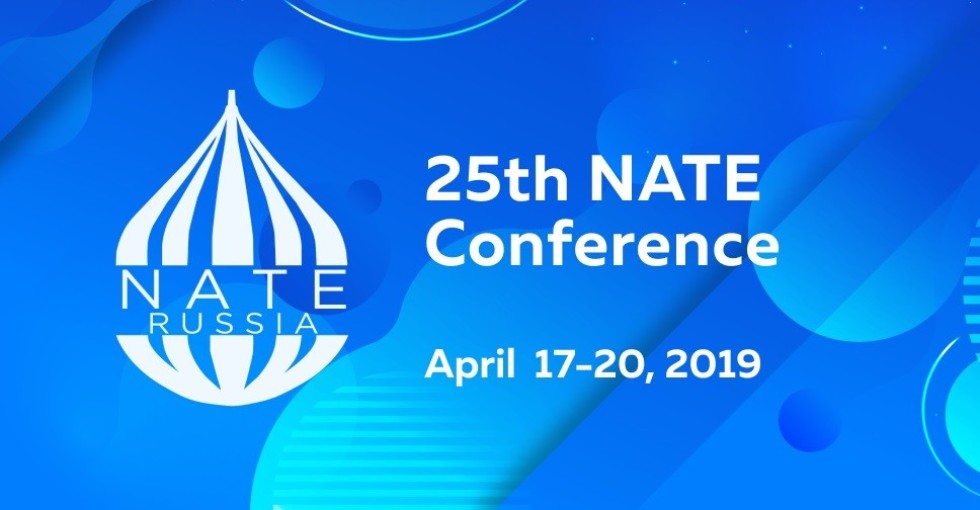 On April 17-19, 2019, the XV Anniversary Conference of the National Association of Teachers of English was held at the ITMO University (St. Petersburg). The conference was attended by scientists from the Russian Federation, the United States, and the UK. The main objectives of the conference are to analyze new approaches to teaching English, the latest trends in the teaching of English, issues of teaching English in a dynamically changing world.

At the plenary meeting, the Honorary President of NATE Russia, the President of the Faculty of Foreign Languages ​​and Area Studies of Moscow State University, prof. S.G. Ter-Minasova (“ELT in Russia: Changes and Challenges through the history o NATE”), Honorary Vice-President of Nate Russia , President of Voronezh Association of Teachers of English, prof. M.A. Sternina (“Role of NATE in the Life of the stakeholders: a glimpse of NATE history”), Regional English Language Officer? Department of State, USA Kelly Odhuu (“Universities and Schools as Stakeholders ”), etc.

The conference included seminars on

Representatives of IPIC, members of RegELTA (Regional Association of English Language Teachers) M.I. Solnyshkina, E.V. Varlamova, E.N. Bulina made reports at the conference. M.I. Solnyshkina presented a research on the topic “The complexity of texts in Russian textbooks in English”, in which she highlighted the peculiarities of Russian students' perception of the Spotlight texts, as well as the main characteristics of the complexity of these texts.