KFU will host the Day of Memory of Janusz Korczak 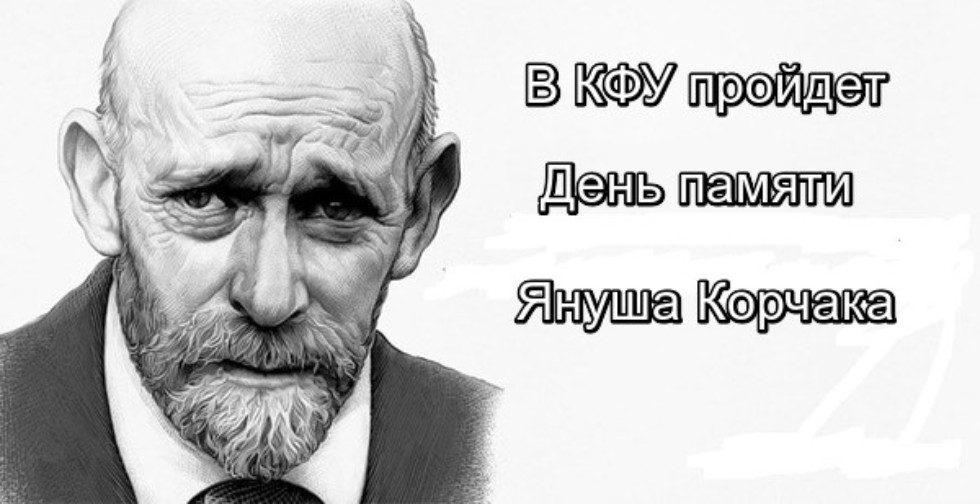 
From February 24 to March 24, at the sites of the Jewish Cultural Center in Moscow, Moscow State Pedagogical University and Kazan Federal University you can take part in lectures, discussions and presentations of exhibitions, film screenings that will reveal the personality and legacy of the greatest teacher and friend of children, Janusz Korczak.

Janusz Korczak - an outstanding teacher, writer, publicist, children's rights advocate, Polish Jew. His scientific work became the basis for the Declaration of the Rights of the Child, and literary works were translated into almost all languages ​​of the world, for the sake of children during World War II, he refused to save his life three times.

The grand opening of the festival “The Call of the Heart” in memory of Janusz Korczak and the exhibition “No children - there are people” will take place on February 24. And on February 25, at the Institute of Childhood of the Moscow State Pedagogical University, Doctor of Pedagogical Sciences, Professor, Deputy Director for International Activities of IPO KFU Roza Valeeva will give a lecture on the humanistic pedagogical concept of J. Korchak.

It is not by chance that the organizers from the lecture of Rosa Alekseevny opened the festival. Rosa Alekseevna is known not only in Russia, but also far beyond its borders, since she is the President of the Russian Society Janusz Korchak and has repeatedly represented Russian korchak studies at conferences of various levels.

Korczak’s name and deed remained a guiding light for her life. She became one of the first members of the Russian Society of Janusz Korczak.

In addition, she is not only a theoretical teacher, but also a practitioner who created the Kazan Youth Korchakov Society “Sun for Children”, which still operates at the Institute of Psychology and Education at KFU. Roza Alekseevna has been working with students in orphanages for many years, realizing in practice the pedagogical concept of an outstanding humanist teacher.

On her initiative, the festival of the memory of Janusz Korczak “The Call of the Heart” will be held this year at Kazan University.

On February 26, well-known Korchakov scholar Marlena Senchek (Institute of Literature of the Polish Academy of Sciences) will arrive in Kazan. For everyone she will give a lecture  “To the biography of Janusz Korczak. Unknown documents.

In addition, the Korschak program at KFU will show the music and art composition Warsaw Nabat, a screening and discussion of the film Janusz Korczak, a meeting with members of the Kazan Youth Korchakov Society Sun for Children will be held.

4
Education Science Leadership Competitions Student Life International Culture Sports Cooperation News of the reception
Leave a comment
Other news and announcements
Assessment of language acquisition by bilingual Russian-Italian children
Research shows how digitization influences performance of preschoolers
Student of the Year at Kazan Federal University 2020
Submit your abstract to take part in IFTE 2021
Psychological factors contributing to language learning
Psychologist Ildar Abitov on superstitions in different circumstances
Cubicles for online teaching now available to educators
Mari and Karelian respondents give insight into necessary improvements of local language and culture education
Freshman Day Gala held amid attendance restrictions
The KFU Institute of Psychology and Education launched a master's course in counseling psychology
Researchers from Institute of Psychology and Education KFU published an article in Q2 journal
Online-project supported by the Russian President grant initiative
Mustafá Unus, a partner of Institute of Psychology and Education of KFU, became the president of WERA
KFU was ranked high among educational institutions that use digital resources
The article on the results of VI International Forum on Teacher Education was published in bulletin of International association ISATT
The extracurricular activities programme for the polylingual school Adymnar was developed by KFU educators from the Institute of Psychology and Education
A chapter written by the professor of Institute of Psychology and Education KFU will be published in the American journal
Women more prone to depression in countries with low gender equality rankings
TEPE Conference 2020 (University of Helsinki, Finland)
KFU journal 'Education and Self-Development' was included in the fourth quartile of Scopus database
A series of public lectures on new didactics is taking place at KFU
Âőîä â ëč÷íűé ęŕáčíĺň
Çŕáűëč ďŕđîëü? Đĺăčńňđŕöč˙