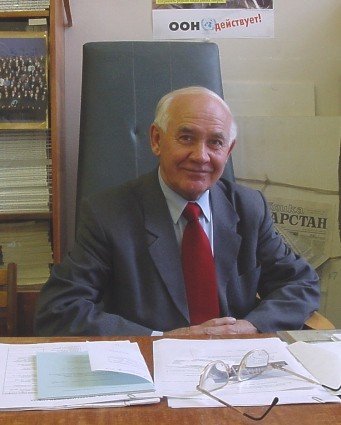 VALEEV Revol Mirgalimovich - Doctor of Law (1998), Professor (2000) Department of International and European Law of Kazan (Volga Region) federal university.  Honored Lawyer of the Republic of Tatarstan and the Russian Federation.

Worked: 1965-1966 years - People judge. 1966-1976 years - Member of the High Court of the Republic of  Tatarstan (Russian Federation). 1976-1994 years - Head Department of Law Institute of the Ministry of Interior of Russia (Kazan). Since 1994 - Associate Professor, Professor of Constitutional and international law at Kazan State University (since 2006 the Department of International and European Law).

Has prepared 18 candidates of law from among the Russian and foreign citizens, was a research consultant four doctors.